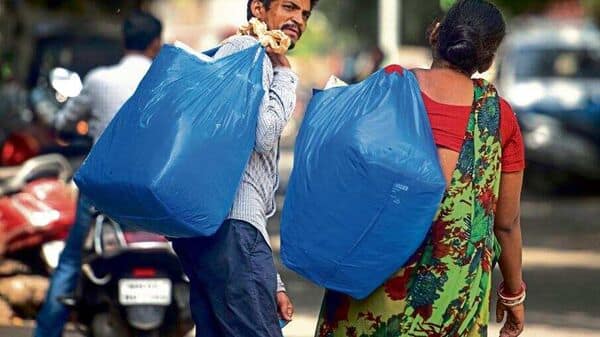 NEW DELHI : The Confederation of All India Traders (CAIT) on Sunday renewed its request to the government to delay a ban on single-use plastic products by a year and also form a joint committee of stakeholders to develop alternatives.

In a letter to Union environment minister Bhupendra Yadav, the trade association, which represents scores of large and small traders across the country, sought a one-year period with a conciliatory approach instead of urgent implementation of the ban apart from forming a joint committee of officials and stakeholders. It also called for launching a nationwide education and awareness drive, and a support policy for manufacturing units of such plastic items.

India moved to ban the manufacturing, imports, distribution and sale of single use plastic items across the country from 1 July. The list of items that are set to be banned includes ear buds with plastic sticks, plastic sticks for balloons, plastic flags, candy sticks, ice-cream sticks, polystyrene decoration, plastic plates, cups, glasses, forks, spoons, knives, straw, trays among other such items.

The ministry of environment, forest and climate change has also formed a special task force across all 36 states and union territories to check illegal manufacture, import, stocking, distribution, sale and use of banned single use plastic items. Defaulters will be penalized, it said.

Use of single-use plastic should be minimized in phases, CAIT National President B.C.Bhartia and Secretary General Praveen Khandelwal said in their communication sent to Yadav.

“The duty of the Government is to roll out the policy and respective orders but it may not reach to desired results and therefore for such a gigantic task of ushering into a new era having no usage of single use plastic, a comprehensive, collaborative and participatory approach is needed to ensure that in a short time, the Country should be free from single use plastic,” they said.

They also urged the government to avoid taking any coercive action against violators—be it a trader or a manufacturing unit—for at least the first year.

Usage of single-use plastic has become integral to retail over the last several, they said, adding that usage of such products is extensive and includes industries such as food handling, storage, information technology, health care, transportation, energy management, building construction, and packaging.

“An immediate ban on usage of single use plastic may cripple several economic activities related to different sectors and a phase wise implementation approach is needed,” Bhartia and Khandelwal said in their letter.

The single-use plastic industry provides employment to lakhs of people in the country, they said.

Members of the trade association have also called for a policy to sustain small units deployed in manufacturing single-use plastic items.