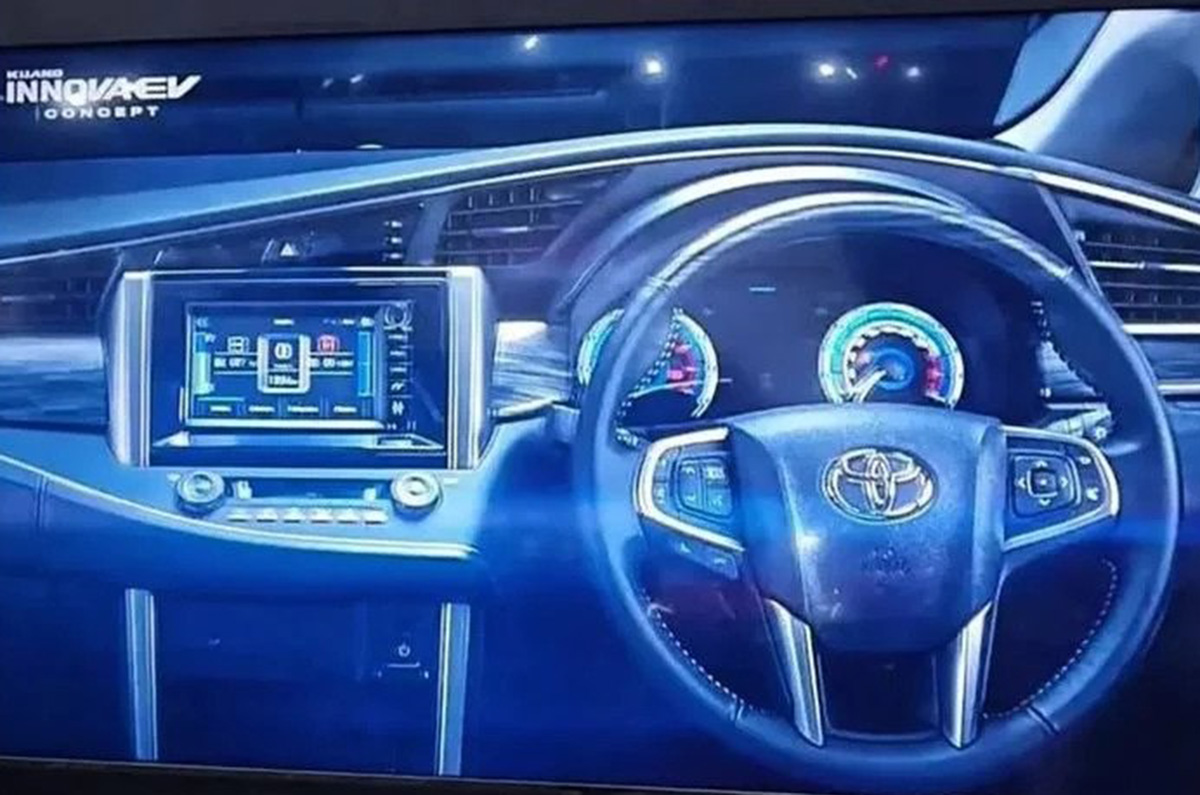 Toyota has taken the wraps off the Innova EV concept at the ongoing Indonesia International Motor show in Jakarta.  While an official announcement is expected in a few hours, a first video showing the Innova Electric concept has surfaced on the internet by Autonetmagz.

Toyota Innova electric concept: What is it?

The Innova Electric concept, as mentioned above, has the same bodyshell and basic design as the standard Innova however there are a few key differences.  First up, the nose is slightly different with the grille being completley closed off and a slightly altered bumper.  The alloy wheel design is also all new and there is a prominent “Electric” badge at the back which could mean this is a full-electric concept and not a plug-in hybrid electric vehicle.

Going by the pictures published on Paultan, we can see an updated instrument cluster with an eco meter. However, it is not digital, with analogue dials in use. Curiously for an EV, a tachometer is also present.

The infotainment screen displays vehicle information like battery level, available range, speed and currently engaged ‘gear’. The headrests get ‘Innova EV’ badging, while the rest of the cabin remains identical to the Innova.

This is a developing story. More details to follow soon.