More
HomeNewsThis is what Sonia Gandhi did when DMK complained about senior Congress...
News 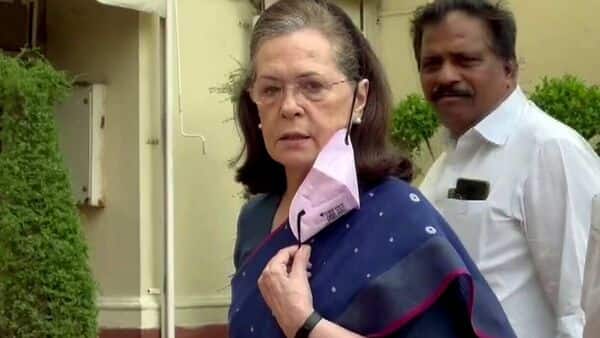 Lok Sabha proceedings were adjourned at least twice when Opposition leaders protested and displayed placards to protest against the actions of the Enforcement Directorate (ED) and price rise. Congress interim chief Sonia Gandhi, too, had joined her fellow MPs to demonstrate the “misuse of central investigative agencies” against the Opposition leaders. But it wasn’t as smooth as it sounds.

Lok Sabha was first adjourned at 11:10 am till noon as some Congress members displayed placards standing in the well of the House and then at 12.15 till 2 pm when Opposition members created a ruckus over the ED action, GST on essential items and price rise. Congress leader in the House Adhir Ranjan Chowdhury was the first to display the placards and other members then brought placards to the House.

Congress members displayed placards even though Speaker Om Birla had made it clear that nobody should carry placards inside the House. As soon as the proceedings began, Congress members wanted to discuss some issues but when the Speaker did not allow them to raise the issues, Congress MPs trooped into the well of the House and shouted slogans, forcing the Speaker to adjourn the proceedings.

When the House resumed, Congress, DMK and Left parties’ MPs walked into the well of the House and raised slogans again.

Sonia Gandhi was sitting in her seat when the other MPs walked into the well of the House and protested against the government. It was when she received a complaint from a Dravida Munnetra Kazhagam (DMK) MP that two Congress MPs – Shashi Tharoor and Karti Chidambaram – hadn’t left their seats to join their colleagues in the well of the House to join the protest against a range of issues.

What Sonia Gandhi did was smile and said that she, too, would join the protests. “I will come to the well of the house,” Sonia Gandhi was quoted as saying by NDTV. She joined the protests even as her colleagues asked her not to because of her health. Seeing her joining the protests, Karti P Chidambaram and Shashi Tharoor, too, joined protests.