This Apple iPhone is the ‘best-selling’ smartphone in India 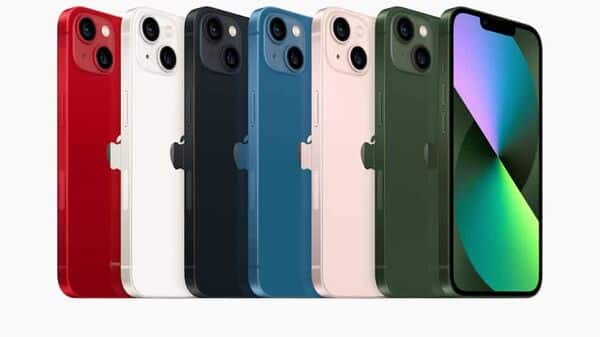 Apple iPhone 13 topped the shipment charts during Q3, 2022 in India becoming the best selling smartphone in the country. According to a latest report by Counterpoint, iPhone 13 became the first iPhone to top the overall smartphone shipments in India in a quarter. The analytics firm said that Apple captured 5% market share in India – its highest-ever’. While in the premium smartphone category, the company garnered 40% of the market share.

This comes when the overall smartphone shipments in India declined 11% YoY to reach over 45 million units in Q3 2022 (July-September), according to the Counterpoint. The report says that the decline can be attributed to high base during the same quarter last year as well lower consumer demand in the entry-tier and budget segments in Q3 2022.

As per the data, Chinese smartphone major Xiaomi led the Indian smartphone market in Q3 2022. But the company’s shipments declined 19% YoY due to weak consumer demand in the entry level segment. In the sub- ₹20,000 price band, Xiaomi was the top 5G smartphone brand in Q3 2022, it added.

Samsung and Vivo held on the second and third spot, respectively. However, Samsung was the only smartphone brand among the top five to register an annual growth. The South Korean brand led the handset (feature phone + smartphone) market as well with an 18% share. The report says that aggressive online channel stock replenishment before the festive season coupled with attractive promotions and offers may have led to this growth.

OnePlus, on the other hand, grew 35% YoY in Q3 2022. The affordable Nord CE 2 series and Nord 2T contributed to the company’s growth in the Indian market. The BBK-owned Chinese smartphone brand remained at the third spot in the premium segment (> ₹30,000). OnePlus also led the ₹20,000- ₹30,000 price band driven by its Nord portfolio. The company wad the second biggest brand in India’s 5G smartphone shipments in Q3 2022.