These parents use baby monitors to track older children-even teens 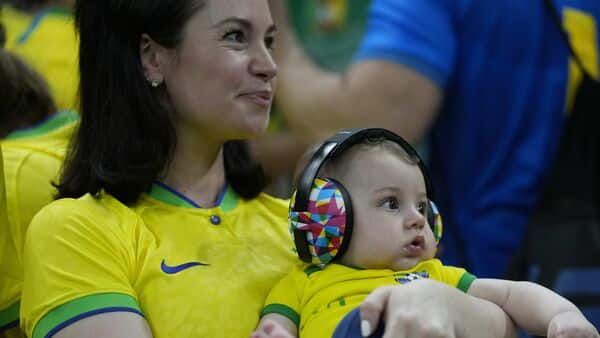 
While many parents say that’s a violation of the child’s privacy, there is another camp of those who admit that they still monitor their kids’ bedrooms way beyond infancy and toddlerhood.

For some families, a medical or mental-health issue necessitates keeping an ear out for an older child at night. But many other parents say they have no reason to check on their kids beyond easing their own—or their child’s—anxiety. Several parents, including one who confessed she has watched too many true-crime shows, told me they worry about their kids being abducted in the night. Such fears are generally unfounded, according to crime statistics.

Growing up in a digital age means parents now electronically supervise their kids from birth through college. Smartwatches and mobile apps allow parents to track where their kids are playing and even how fast they’re driving.

But even for a GPS-obsessed culture, remotely listening in on conversations or watching kids at play through cameras can seem extreme. Such a practice likely builds anxiety for parents rather than alleviating it, pediatricians and psychologists say. And it could stunt children’s ability to develop their own autonomy and judgment.

‘You can spy on me anytime you want?’

Kathryn Smith is the mother of a trio of girls—5-year-old twins and an 8-year-old. She monitors their bedrooms and a playroom in the basement. She says she wants to ensure the twins aren’t getting hurt on the jungle gym, or messing around when they’re supposed to be sleeping. She says her older daughter feels better knowing she can call out to her parents if she feels sick or has a bad dream.

Ms. Smith had Nest cameras aimed at her kids’ cribs and beds when the girls were younger but recently switched. She chose old-school video baby monitors that aren’t connected to Wi-Fi, because of concern about cameras being hacked. (That is a legitimate concern.)

The Holladay, Utah, mom says she checks the monitors when she’s out in the family’s new hot tub or watching TV. Her husband never uses the monitor. One night recently when Ms. Smith was out, he was in the hot tub. Because the baby monitor was inside, he initially didn’t hear the 8-year-old call out to him.

Ms. Smith says her older daughter recently expressed concern about the camera. “She said, ‘So you can spy on me anytime you want?’” She told her daughter she can turn the camera around to face a wall if she wants, but the girl hasn’t done so yet.

The twins, she says, have to prove themselves more responsible before she’ll allow them to have a say in the monitoring. One night, she says, the two were roughhousing and one ended up with a cut on her forehead that required a trip to the hospital.

Pamela Lewis used her baby monitor longer than anyone else I interviewed. It remained in her son’s bedroom until he was 14 and the room got a makeover. While she didn’t listen in on him regularly as he got older, she says it helped settle some childhood disputes he had with friends by allowing her to hear what was really going on.

“I was that mom who cut her child’s food until he was way too old because I was afraid he’d choke. I used a booster seat until he was 7 or 8,” she says. “My friends called me Paranoid Pam.”

Her friends teased her about the baby monitor, and so did her husband. “He sometimes thought I was a little batty,” she says. Yet she says she always told her son when she planned to turn on the monitor, which was often just to hear whether he was OK when he was sick. “I never wanted him to think I was spying on him, and I never felt like I needed to spy on him,” says Ms. Lewis, of Loveland, Colo.

Her son, now 19, said it didn’t bother him, and he often forgot about it. He’s glad it disappeared when it did, however.

Kiana Muhly, a business owner in Philadelphia, kept a Nest Cam in her 6-year-old daughter’s bedroom. She would often check it at night, especially if she was out and a sitter was putting her daughter to bed.

The family recently moved into a new home, and Ms. Muhly is debating whether to put the cam back in the girl’s room. If she does, says Ms. Muhly, her daughter “might give me the side-eye.”

And she acknowledges it’s no longer a necessity. “I definitely think it speaks to the anxiousness technology can create,” Ms. Muhly says. “I check on something incessantly because I can—not because I need to.”

When to pull the plug

Some baby-monitor makers suggest parents stop using one when their baby turns 1, or at least sleeps through the night. The Babysense website says evidence shows that turning off the monitor as early as safety permits helps both parents and children sleep better. Children can better learn to self-soothe when their parents aren’t checking on them, and parents aren’t awakened by every little sound coming through the monitor.

Hina Talib, a pediatrician and adolescent-medicine specialist at the Atria Institute, a primary and preventive-care practice in New York City, says that privacy is an important developmental milestone and that children as young as 3 express a desire to be alone in the bathroom or when dressing. “Children shouldn’t think it’s normal to have a camera pointed at them in their bedroom,” she says.

Still, Dr. Talib understands the urge to monitor. She herself used baby monitors until her two kids were ages 3 and 4. It was her husband who persuaded her to stop. She says that when she did, she felt liberated and slept better.

It’s OK to use a baby monitor with older children when dealing with sleepwalking, night terrors, illness or other problems, she says. But parents must have a plan to remove it once things settle down.

If older kids want a monitor because they’re afraid of the dark and want to be able to call out to their parents, the device might just feed their anxiety, Dr. Talib says.

“You need your kids to feel safe without having an intercom,” she adds. “You can tell your kids that you’re going to pull the plug on the monitor—but that they can always come to you if they need you.”

—For more Family & Tech columns, advice and answers to your most pressing family-related technology questions, sign up for my weekly newsletter.

(Write to Julie Jargon at Julie.Jargon@wsj.com)