HomeBusinessThe Reserve Bank of India is working towards a “phased implementation strategy.”
Business

The Reserve Bank of India is working towards a “phased implementation strategy.” 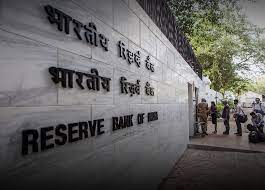 NEW DELHI: The Reserve Bank of India (RBI) is working on phased introduction of such currencies, its deputy governor of RBI T Rabi Sankar said on Thursday.

Delivering a speech at an online discussion, Sankar said that the idea of Central Bank Digital Currency (CBDC) is ripe, and many central banks in the world are working towards it.

The RBI is considering certain pilot programs for the proposed CBDC and is in process of launching it in wholesale and retail segments in the near future, he added.
The central bank has been exploring the pros and cons of introduction of CBDCs since quite some time now.

Sankar assured that the RBI was examining cases which could be implemented with little or no disruption in the banking system and the monetary policy.

What is CBDC
According to RBI, CBDC is a legal tender issued by a central banking digital form. It is same as fiat currency and is exchangeable one-to-one with fiat currency, only its form is different.

However, it is not comparable to a private virtual currency which sits at at substantial odds to the historical concept of money.
In his speech Sankar noted that CBDC is the same as currency issued by a central bank but takes a form that is different from paper (or polymer).

“It is sovereign currency in an electronic form and it would appear as liability (currency in circulation) on a central bank’s balance sheet. The underlying technology, form and use of a CBDC can be moulded for specific requirements. CBDCs should be exchangeable at par with cash,” he noted.

Why CBDC is needed
Sankar said developing a domestic CBDC could provide the public with uses that any private virtual currency offers and to that extent might retain public preference for the rupee.

“It could also protect the public from the abnormal level of volatility some of these virtual currencies experience,” he added.Introduction of CBDC, he said, has the potential to provide significant benefits such as reduced dependency on cash, higher seigniorage due to lower transaction costs and reduced settlement risk.

In addition, payments using such currencies are final and thus reduce settlement risk in the financial system. It will also potentially enable a more real-time and cost-effective globalisation of payment systems, the deputy governor noted.
CBDC in India

The finance ministry, in 2017, had set up a high level inter-ministerial committee to examine the policy and legal framework for regulation of virtual / crypto currencies. It had recommended the introduction of CBDCs as a digital form of fiat money in India.

Introduction of CBDC, he said, has the potential to provide significant benefits such as reduced dependency on cash, higher seigniorage due to lower transaction costs and reduced settlement risk.

“Introduction of CBDC would possibly lead to a more robust, efficient, trusted, regulated and legal tender-based payments option. There are associated risks, no doubt, but they need to be carefully evaluated against the potential benefits,” he said.

The deputy governor said it would be the RBI’s endeavour, “as we move forward in the direction of India’s CBDC”, to take the necessary steps which would reiterate the leadership position of the country in payment systems.

Sankar stressed that drawing board considerations and stakeholder deliberations are important, while technological challenges have to be looked at as well.
Some key issues under RBI’s examination include, the scope of CBDCs, the underlying technology, the validation mechanism and distribution architecture.

He further said legal changes would be necessary as the current provisions have been made keeping in mind currency in a physical form under the Reserve Bank of India Act.
He also noted that consequential amendments would be required in the Coinage Act, Foreign Exchange Management Act (FEMA) and Information Technology Act.
“As is said, every idea will have to wait for its time. Perhaps the time for CBDCs is near,” he remarked.

Further, Sankar highlighted some the risks associated with digital currencies, like sudden flight of money from a bank under stress.
“There are associated risks…but they need to be carefully evaluated against the potential benefits,” he added.

Take a look at banks and housing finance companies that are offering the lowest interest rates on home loans.

Cheque Rule Change: If the minimum balance is not maintained, the cheque will bounce.

Jet Airways to restart domestic operations with its first flight from New Delhi to Mumbai.

RIL and bp, announced a partnership with BluSmart to set up EV charging infra.

From next month cheque books of these banks will be discontinued.

Railway Ticket Reservation: Here’s how you can get confirmed lower berth ticket for Senior Citizens.

Xiaomi is all set to launch a batch of products on September 15th.

ICAI CA result 2021: Candidates can check the notification on the official website – icai.org.