The Fed is losing control over the inflation narrative 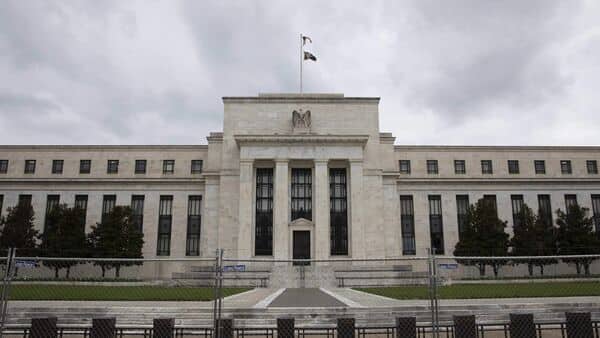 The Federal Reserve is poised to raise interest rates at the fastest pace in 40 years after policy makers’ hawkish rhetoric turned more aggressive last week. The problem, though, is that bond traders keep boosting their longer-term inflation expectations in a very concerning development for the central bank, the economy and financial markets.

Traders are betting that even with the Fed boosting its target for the federal funds rate by 2.5 percentage points this year to 3%, it won’t be enough to get the inflation rate back down to 2% over the next decade from around 8.5% currently. This week, 2-year Treasury note yields surged to the highest levels since 2018 as Fed Chair Jerome Powell endorsed the idea of a half-percentage-point increase when policy makers meet in two weeks and saying many officials view ‘one or more’ such moves as appropriate.

Even so, longer-term inflation expectations kept climbing. The market-implied inflation rate over the next five to 10 years rose to the highest since 2014, jumping to almost 2.6%, and 10-year breakeven rates climbed to the highest since at least 1998, surpassing 3%. The long-time bond bulls at Hoisington Investment Management Co. expressed concern in their first-quarter letter to investors, saying an economic downturn would favor buying long-term Treasuries, but ‘investors should be wary’ of the Fed failing to sufficiently tamp down inflation.

All this suggests one of two things: either the world’s most important central bank has lost control over inflation, or it isn’t going to even try to get it back down to their 2% target. ‘If the Fed wants to get back to 2% inflation, I find it hard to believe that a soft landing is possible,’ Columbia University finance and economics professor Glenn Hubbard said Friday on Bloomberg Surveillance. Traders agree, with breakeven rates suggesting they think policy makers will avoid torpedoing the economy and err on the side of doing less, not more, when it comes to tightening monetary policy.

With the benefit of hindsight, it seems like the Fed made a mistake by continuing to buy bonds to support the economy during the pandemic for as long as it did despite a labor market that showed signs of overheating and surging inflation. Recent experience would suggest that traders shouldn’t rule out further policy mistakes going forward.

To be sure, there is some evidence that consumer inflation rates have either peaked or will do so in the next few months. But signs that companies are easily passing along rising costs may temper the speed at which inflation decelerates. Shares of Kimberly-Clark Corp. jumped the most in 22 years Friday after posting first-quarter sales and profit that beat estimates, with the maker of diapers and toilet paper successfully passing on higher costs to consumers. Shares of travel companies such as United Airlines Holdings Inc. have been strong as vacations and business trips rebound to levels equal to or higher than before the pandemic in 2019, allowing them to raise prices.

Credit Suisse Group AG chief U.S. equity strategist Jonathan Golub estimates that with almost 25% of S&P 500 Index members reporting first-quarter earnings, results are beating estimates by 8.2% on average and 77% of those companies topped projections. And yet, while the Fed talks about raising rates by the most in one shot since 2000, it hasn’t made any bold moves. On top of that, the Fed has allowed its balance sheet assets to expand by about $200 billion this year to $8.96 trillion as of last week, according to data compiled by Bloomberg.

If the Fed wants to regain control over the inflation narrative, it has to take bold actions to match its tough talk. The bar for what’s considered bold is getting higher the longer it fails to act.

Lisa Abramowicz is a co-host of ‘Bloomberg Surveillance’ on Bloomberg TV.