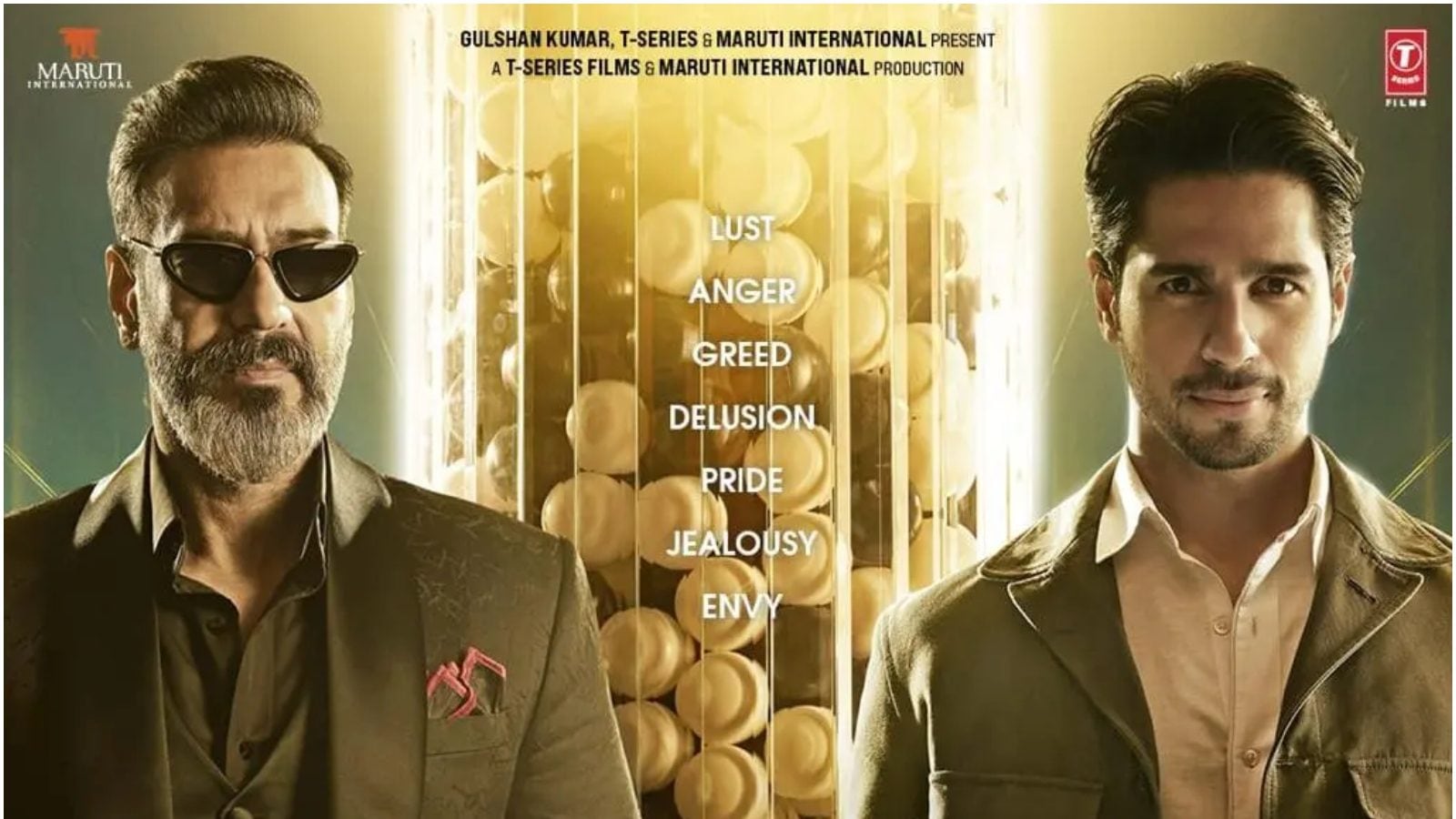 
Whether it’s a thriller, comedy or romance, Bollywood has drawn inspiration from Hollywood and other language films on numerous occasions. Sometimes, they remake a film and just make a Hindi version, and in other instances they have altered the story to incorporate issues which are more relevant to the Indian audience.

Filmmaker Indra Kumar’s Thank God featuring Ajay Devgn, Sidharth Malhotra and Rakul Preet Singh – inspired by the 2009 Norwegian film called Sorte Kugler – falls somewhere in between, where some part is lifted straight from the original while the rest has been altered.

Welcome to the world of Indra Kumar. This is our desi, lowbrow comedy, not to be taken seriously. Frankly, the premise is very simple. It revolves around an egoistic debt-ridden real estate broker (played by Sidharth Malhotra) who has a wife (Rakul Preet Singh) and a daughter. He lands in Yam Loka after meeting with an accident. As he gains consciousness, CG (Ajay Devgn) appears in front of him and informs him that he will have to play a “Game Of Life”. If he manages to win, he will be sent back to earth and if he loses, he will be sent to hell.

Once you adjust to that, you will find yourself laughing at a lot of stupid gags that keep flowing out of the Indra Kumar factory. Never one to have claimed that he is peddling anything but stupidity, the filmmaker, who has constantly made mainstream cinema, continues to keep churning out potboilers. No attention is paid to the screenplay and the dialogue is pedestrian; the WhatsApp sort of forwards, which rarely managed to brings a smile on your face. But in all fairness, some of the jokes do have you laughing out loud. It’s the kind of reaction that comes involuntarily when you watch a bunch of good actors doing crazy things just to keep you amused. The film is a mishmash of garish sets, mindless action and screeching actors.

Kumar’s direction feels a bit dated. He hasn’t realised that times have changed. The plot and script already takes viewers intelligence for granted and his direction doesn’t help much either. Despite a run time of 121 minutes, the film feels stretched, especially in the climax.

Such films usually rely on strong comedy and Thank God somewhere makes the audience laugh. What works in the favour of the film that it isn’t vulgar, it isn’t full of sexist jokes, and you don’t feel like the gags are being stretched out endlessly.

Talking about the performances, credit goes to Ajay Devgn. He is hilarious and his expressions are spot on, thereby inducing maximum laughs. He is the catalyst for much of it, and he’s clearly the best man for that job. Coming from Shershaah, which was the biggest hit of his career, Sidharth had to prove himself again and he does it convincingly. Choosing to do this quirky role, the actor surely shows his versatility. Rakul Preet Singh might not have a lot of screen time but the actor is confident and this outing is surely better than her recent outings. Nora Fatehi in a guest appearance has nothing much to do. Seema Pahwa feels wasted in the role of a mother.

On the whole, Thank God is an entertainer with its share of funny moments. If you are not looking for wisdom and rationale in a light-hearted entertainer, then this movie is definitely for you.