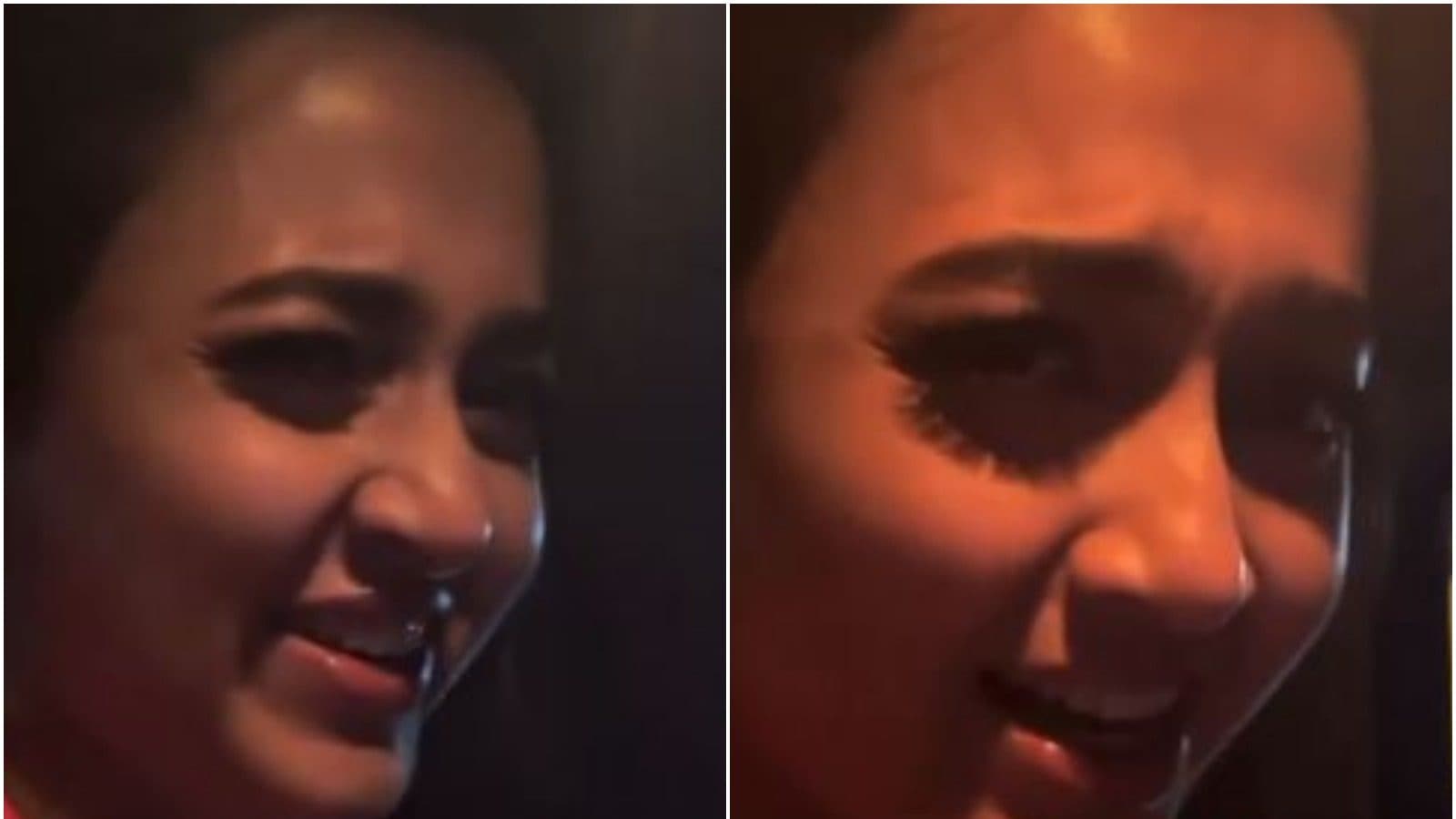 
Karan Kundrra and Tejasswi Prakash are one of the cutest television couples. Ever since they expressed love for each other during their Bigg Boss 15 stay, they have been rulings hearts and making headlines. The two stars never fail to impress fans with their adorable moments. Once again, they have left everyone in complete awe with their latest video.

Recently, Karan Kundrra took to his Instagram stories and dropped a video featuring his father and ladylove Tejasswi Prakash. The three can be seen sitting in a car as Tejasswi Prakash enjoys a plate of momos. However, she cannot stop crying due to the amount of chilies in the momos. When Karan asked her to stop eating, Tejasswi refuses and added that the momos are too tasty. “It’s delicious,” she said. “Aasu aa gaye tere, dekhna khana bandh nahi kar rahi, aasu aa gaye (You are crying. Why are you not stop eating this. You are crying),” Karan added.

Earlier, Karan Kundrra also dropped a video in which Tejasswi was seen hogging a burger.

Meanwhile, Karan Kundrra and Tejasswi Prakash’s fans are also excited to knot if the couple will tie the knot soon. Recently, the roka rumours of the duo made headlines. Later, Karan talked about the same in an interview and gave a cryptic answer. “I give subtle hints and answer their queries in thode cryptic way and jinko samjhana hota hai Woh Samajh jaate hai,” the actor told ETimes. Further, Karan was further asked if there is pressure from either of the families regarding marriage. To this, the actor refused and added that both, he and Tejasswi are currently busy with their work.

On the work front, Karan is currently seen in Kangana Ranaut’s reality show Lock Upp as a jailer. He has also been hosting Dance Deewane Juniors. On the other hand, Tejasswi Prakash is busy with Naagin 6 along with her Bigg Boss 15 co-contestant Simba Nagpal. Apart from this, Karan and Tejasswi recently featured together in a music video titled Rula Deti Hai.