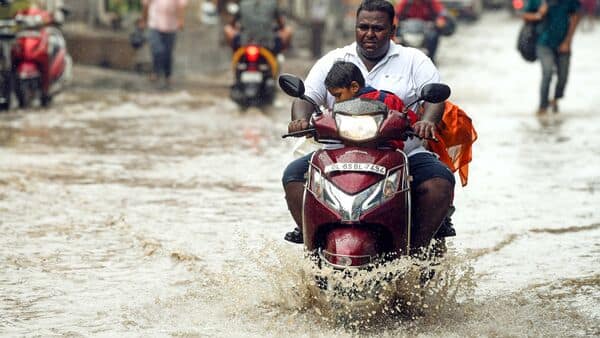 The Tamil Nadu Government has announced that in the wake of extremely heavy rainfall predicted in the state the educational institutions in the Tiruvallur and Kancheepuram districts will remain closed tomorrow.

The Indian Metrological Department (IMD) has predicted extremely heavy rainfall at isolated places over Tamil Nadu, Puducherry and Karaikal during 11-13 November and over Coastal Andhra Pradesh, Yanam and Rayalaseema on 11 and 12 November.

The IMD has also warned that due to extremely heavy rainfall, disruption of traffic may occur due to water logging in roads thereby leading to increased travel time.

Orange alert for heavy rainfall has also been issued for the southern states Tamil Nadu, Kerala, Andhra Pradesh till 12 November.

A Low Pressure area has formed over Southwest Bay of Bengal off Sri-Lanka coast with associated cyclonic circulation extending up to mid tropospheric levels persists. It is likely to become more marked during next 24 hours.

Fishermen int he coastal area of Tamil Nadu have also been advised not to venture in to these areas during the same period.