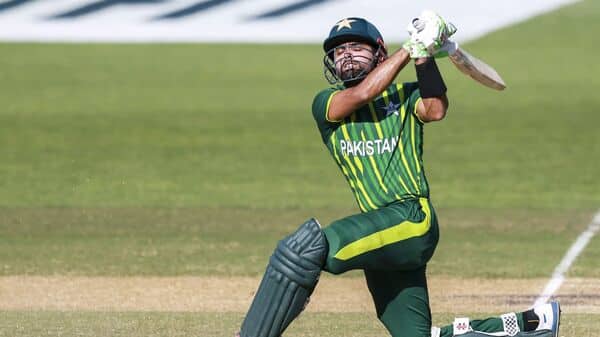 The ICC T20 World Cup final between between England and Pakistan which is scheduled doe 13 November faces a rain threat with the Bureau of Meteorology predicting 95 percent chance of showers.

The world cup final will be played in Melbourne Cricket Ground.

Cricket fans worldwide have been waiting for the pinnacle of the T20 World Cup, but might be forced to see the final either being pushed to the reserve day or the possibility of the cup being shared by the two teams.

There is currently a 95 per cent chance of rain forecast for Sunday with between 8 to 20 mm of rain falling.

The weather for the reserve day, Monday, November 14 isn’t encouraging either with the possibility of 95 per cent rain on the day.

The tournament has been plagued by rain with matches being washed out without a ball being bowled.

Sunday’s final could meet the same fate, which will be a tragic end to probably the best T20 World Cup in history; owing to the fact that it saw unexpected results and was full of twists.

Earlier, England were assured a place in the T0 World Cup final with top knocks from openers Alex Hales and Jos Buttler powering them to an emphatic 10-wicket win over India in the second semi-final of the ongoing ICC T20 World Cup in Australia at Adelaide on Thursday.