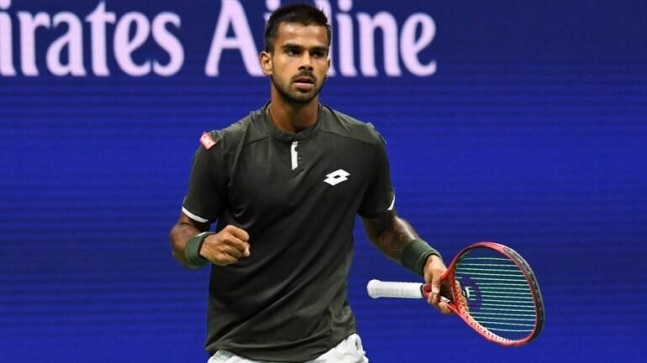 India on Thursday announced their Davis Cup squad for the World Group I tie against Norway on September 16 and 17. Sumit Nagal returned to the team while Divij Sharan was dropped.

India on Thursday, July 21 announced their Davis Cup squad for the World Group I tie away from home against Norway. Young Sumit Nagal who seems to have overcome his injury issues is back in the team while doubles specialist Divij Sharan has been dropped.

Yuki Bhambri has been picked in the squad despite him ranked below Arjun Kadhe (519) and Sidharth Rawat (566) but the former India No. 1 will be inside the top-100 if he uses his protected rankings.

Of the six players, one would be named a reserve by captain Rohit Rajpal after assessing conditions in Norway and it will be a five-member unit that will compete on September 16 and 17, according to PTI news agency.

Most likely, Sasikumar, who is yet play a Davis Cup tie, will be a reserve player.

NAGAL BACK IN THE MIX

Sumit Nagal, who underwent a hip surgery in November 2021, began competing on the circuit from April this year. In eight tournaments this season, Nagal has won four matches.

The 24-year-old player from Haryana last played a Davis Cup tie against Croatia in March 2021 and missed the subsequent matches against Finland (September 2021) and Denmark (March 2022).

It will be first time that India and Norway will compete against each other in Davis Cup.

India had blanked Denmark 4-0 in New Delhi in the World Group Play-offs in March this year.