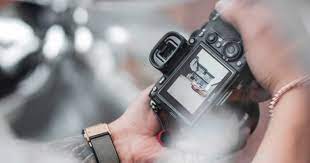 Sony’s Alpha division has just tweeted that a new camera is coming. This device, teased as the latest addition to the alpha series, will thus join the growing list of potentially major new devices to be launched this week (October 18-24, 2021).

It is likely to come with the latest processor for its form-factor from the OEM, although further upgrades remain to be seen.

The week beginning today (October 18, 2021) is as of now turning out to be a major one for new tech. Presently, Sony has affirmed that it is adding more fuel to this fire with a presentation for another camera. According to a picture posted close by this assertion, it is to be another member from the alpha (or α) line.

Accordingly, there is a great deal of extension for what this new unit could be; from the supposed 7R V to maybe even a replacement to the a7 III. It could likewise even be a new a9.

Regardless, the impending premium DSLR could have another BIONZ processor and Sony’s most recent auto-center elements.

It will also be interesting to see whether this new camera will come with the newer type of flip-out screen or not.

In any case, a solid build with the potential for cutting-edge full-frame specs are very likely to be on the agenda for Sony’s upcoming presentation. It is now set to be live-streamed on October 21, 2021 at 10:00 EDT (16:00 CET) on alphauniverse.com.