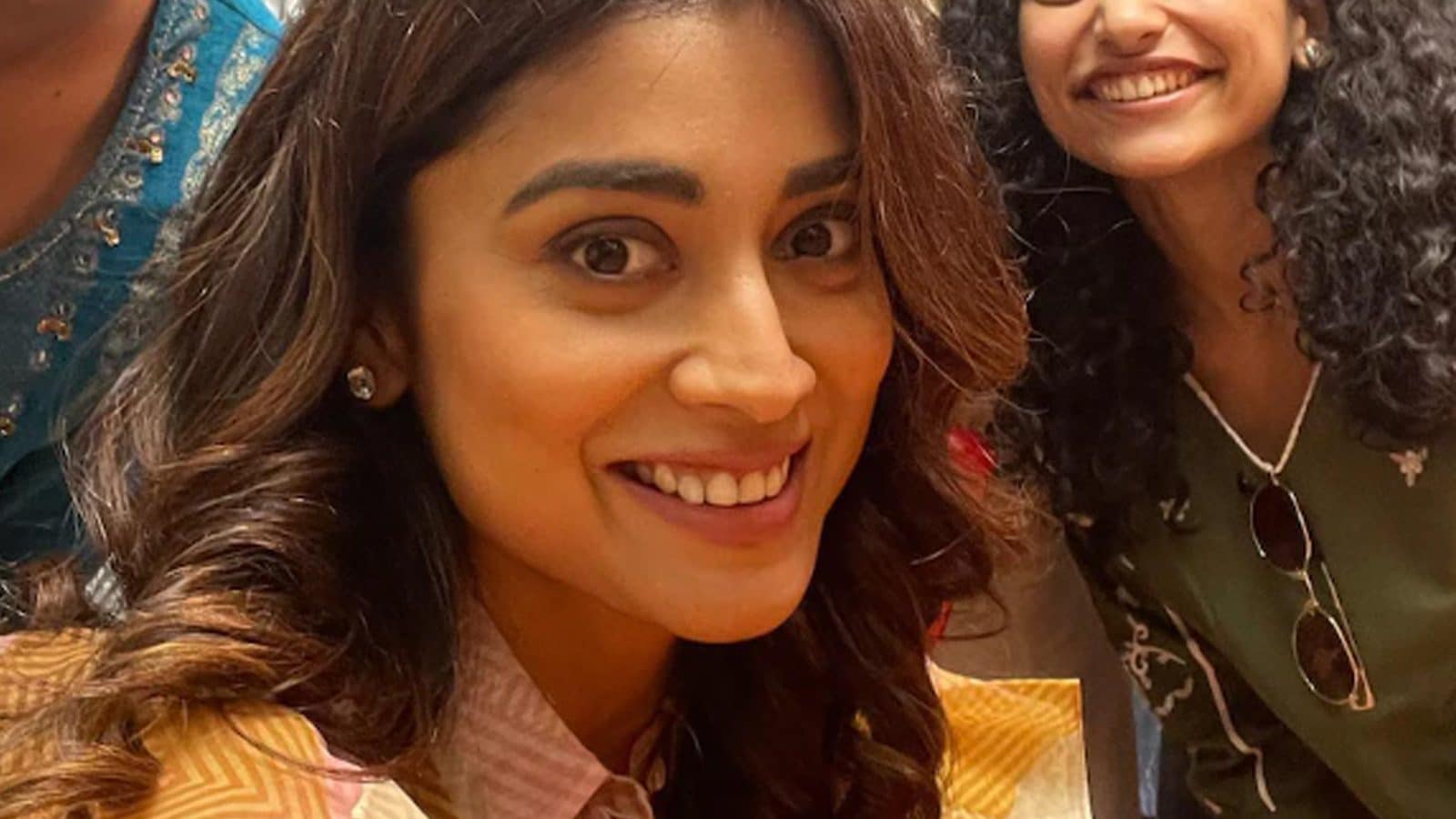 
Actress Shriya Saran has once again left the audience spellbound with her impeccable fashion sense. Recently, the actress shared some pictures with her Instagram family.

In the photos, Shreya can be seen decked up in a cute multi-coloured ruffle frock. The actress opted for a minimal makeup look and chose to leave her hair open. She complimented her dress with brown-colored stylish block heels.

Her other photos also feature actor Ajay Devgan and FM 93.5 crew in the frame. This picture was taken during the promotions of her upcoming film Drishyam 2, a crime thriller film all set to hit the silver screens soon.

While sharing the picture on her Instagram handle, the actress captioned it, “Thankyou @pankajanidhi @elevate_promotions for this stunning outfit for #drishyam2 promotions. Releasing on the 18th of November. So much fun shooting this with @kausttubh_kambhhle. Thank you for a great day!”.

Shriya Saran is an avid social media user and shares her beautiful pictures with her audiences frequently.

On the work front, the actress has been doing phenomenally well in the entertainment industry for the last two decades. She has given several box-office hits. Apart from dominating the Telugu, and South Indian screens, the actress is now carving her niche in Bollywood as well. Her top movies include Sivaji, Chatrapathi, Drishyam, Manam, Tagore, Santosham, Arjun, and more.

Her upcoming movie Drishyam 2 in which the actress has been cast opposite Ajay Devgan will release on 18th November.

Shriya Saran is currently enjoying her motherhood after giving birth to her child. The actress keeps sharing her pictures with her family on social media time and again.