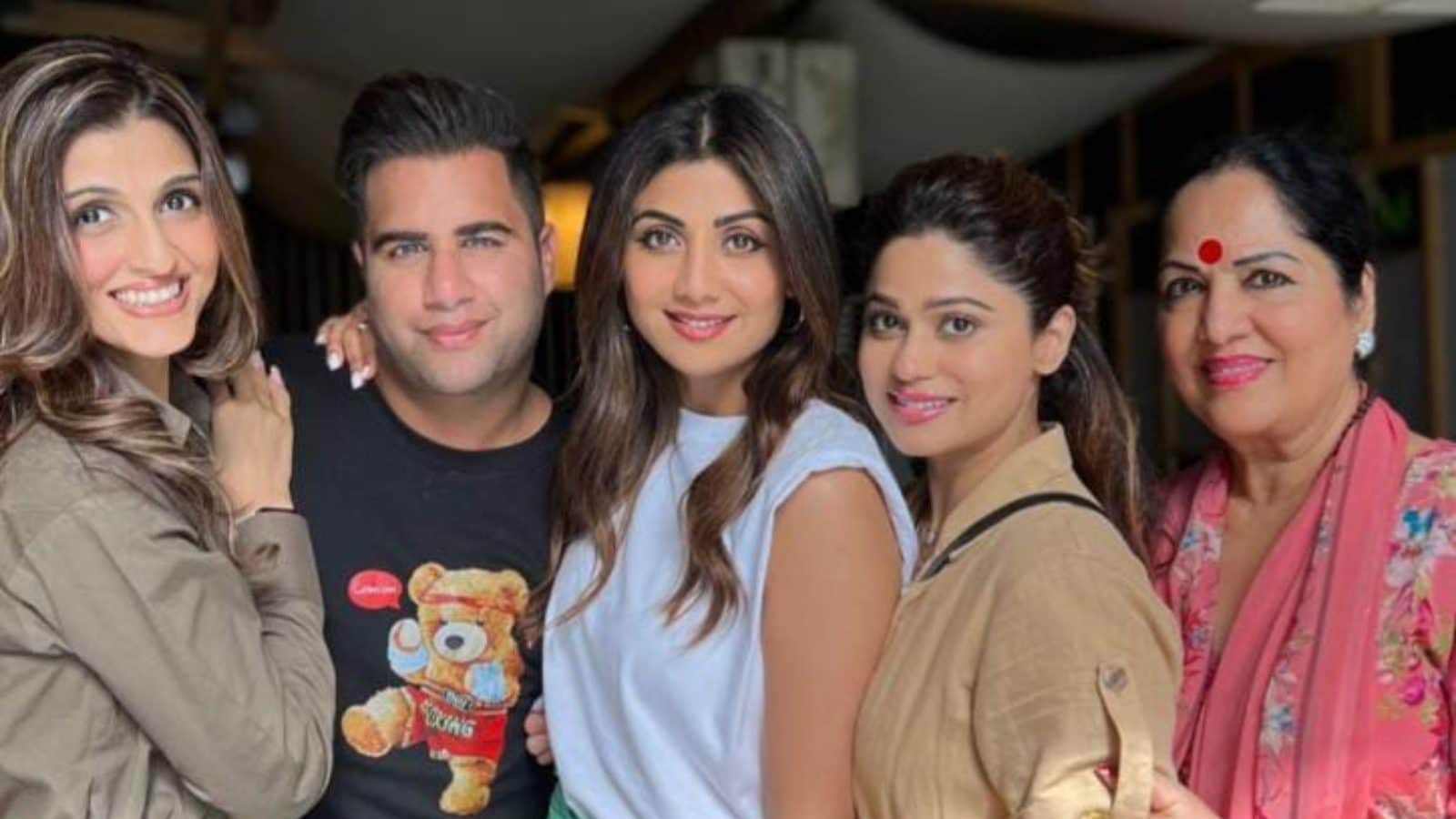 
Shilpa Shetty recently went out for a lunch date with her family. Bollywood’s diva was accompanied by sister Shamita Shetty, mother Sunanda, Rajiv Adatia and Akanksha Malhotra. Several pictures from their outing surfaced online and left the internet in a frenzy. Rajiv also shared a glimpse of their lunch date on his Instagram handle. In the picture, all five of them were seen flaunting their million-dollar smiles at the camera. Shilpa Shetty looked gorgeous in a white top paired with a green skirt, while Shamita Shetty sported a beige jumpsuit. Rajiv, Akanksha and Sunanda also hopped in comfortable outfits for their day out.

Replying to this, Shilpa said, “Love you and sooo proud of you @rajivadatia.” She also reshared the same picture on her Instagram stories. The post by Rajiv Adatia has received over 40,000 likes so far and over 100 comments.

Rajiv Adatia is a contestant in the 12th season of Khatron Ke Khiladi. He recently came back to Mumbai after shooting for the show in Cape Town, South Africa. After returning, Rajiv rushed to meet his sisters Shilpa and Shamita.

Apart from her acting, Shilpa Shetty is also known for her fitness and wellness regime. The actress describes herself as a “Mindful Yogi” on her Instagram account. The actress will soon be joining Rohit Shetty’s cop universe. She will feature in the director’s debut series called the Indian Police Force alongside Sidharth Malhotra.

Earlier, Shilpa Shetty went on an exotic family vacation to Europe. She took out some time for her family members including husband Raj Kundra, mother Sunanda Shetty, sister Shamita Shetty and her son Viaan. Previously, the actress made her fans drool over the wide selection of desserts she ate in the city. A city known for its iconic patisserie, the Shetty clan didn’t miss the opportunity to gorge on scrumptious treats like several varieties of eclairs, danishes and pastries. Shilpa posted a video with the Music called ‘Moment of Joy’ to define her day in dessert heaven.

Shilpa recently made her big screen comeback with Nikamma. However, the film failed to perform at the box office. Now, the actor is looking forward to Rohit Shetty’s Indian Police Force.