More
HomeNewsShehbaz Sharif - a hard-core realist who makes no bones while performing...
News 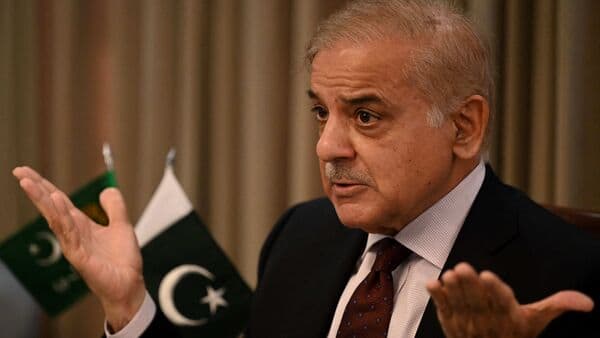 His party PML-N – especially its supremo Nawaz Sharif – agreed on his name for the post of the prime minister.

The new prime minister would have to face not only the unruly opposition taking to the streets but a brittle economy that needs a very careful handling. There are a lot of expectations of the masses from the new leadership to control inflation, which is a tough task.

Shehbaz’s PML-N has only 86 seats and the rest of numerical support has come from the coalition partners who apparently has nothing in common except their rivalry for Imran Khan, and it will be a big challenge for him to keep them calm and satisfied.

Foreign policy challenges are also no less daunting, especially after the allegations of former prime minister Khan against the US in the context of “conspiracy” to remove him.

Similarly, Pakistan’s ties with India will also be a crucial test for the new leader of the country.

In his inaugural speech on Monday, Shehbaz raised the issue of abrogation of Article 370 in Kashmir and said Pakistan will provide them with “diplomatic and moral support” besides raising the matter at every international fora.

He said he wanted good relations with India, but it cannot be achieved without the resolution of the Kashmir issue.

Born in September 1951 in Punjabi-speaking Kashmiri family in Lahore, Shehbaz entered politics along with his elder brother Nawaz in mid 1980s. He first got elected as a member of Punjab Assembly in 1988 when Nawaz became chief minister of Punjab.

Shehbaz first became chief minister of Punjab in 1997 when his brother was prime minister at the Centre.

Following General Pervez Musharraf’s coup in 1999 toppling the Nawaz Sharif government, Shehbaz along with the family spent eight years in exile in Saudi Arabia before returning to Pakistan in 2007.

He wore the hat of Punjab chief minister for the second term in 2008 and he grabbed the same slot for third time in 2013.

Shehbaz has claimed that Gen Musharraf had offered him prime ministership provided he abandons his elder brother Nawaz which he said he had refused straight away.

After prime minister Nawaz Sharif was disqualified from holding office in 2017 in the Panama Papers case, the PML-N appointed Shehbaz as the party president. Subsequently, after the 2018 elections he became the Leader of the Opposition in the National Assembly.

In September 2020, Shehbaz was arrested by the anti-graft body – National Accountability Bureau – on the charges of money laundering and income beyond means case instituted by the Imran Khan government against him. Shehbaz denied the charges and termed them as ‘political victimisation’. He remained in jail for several months before he got bail.

Currently, he is facing a PKR 14 billion money laundering case in the UK brought against him by Pakistan’s Federal Investigation Agency (FIA). He is also on bail in this case.

Nawaz’s daughter and PML-N vice-president Maryam Nawaz, who is Shehbaz’s niece, has said that her uncle is a man who has served the nation selflessly and tirelessly.

Although it is said that Nawaz Sharif wants his daughter Maryam to become prime minister, she is convicted in the Avenfield corruption case. So the elder Sharif had no choice but to nominate the younger Sharif for the top executive post from his party.

When the three-time premier Nawaz Sharif was deposed by the apex court in 2017, he preferred his party leader Shahid Khaqan Abbasi to his younger brother Shehbaz for the remaining 10-month slot of the prime minister.

Unlike his brother Nawaz Sharif, Shehbaz enjoys cordial relations with the powerful army, which has ruled the coup-prone country for more than half of its 75 years of existence and has hitherto wielded considerable power in the matters of security and foreign policy, according to experts.

Shehbaz’s father Muhammad Sharif was an industrialist who emigrated from Anantnag in Kashmir for business and settled in the village of Jati Umra in Amritsar district, Punjab at the beginning of the 20th century. His mother’s family came from Pulwama.

After the Partition, Shehbaz’ family migrated from Amritsar to Lahore where Sharifs named their residence as ‘Jati Umra’ (at Raiwind, on the outskirts of Lahore).

He did his graduation from the Government College University, Lahore.

Shehbaz married five times. At present he has two wives – Nusrat and Tehmina Durani – while he divorced the three others – Alia Hani, Nilofar Khosa and Kulsoom Hai. He has two sons and three daughters from Nusrat and one daughter from Alia.

His elder son Hamza Shehbaz is the Leader of the Opposition in the Punjab Assembly. Hamza is also contesting the chief minister election against the Pakistan Tehreek-e-Insaf coalition candidate Parvez Elahi.

His younger son Suleman Shehbaz looks after the Shehbaz family business. He has been absconding in the United Kingdom for the last few years in a money laundering and income beyond means case.