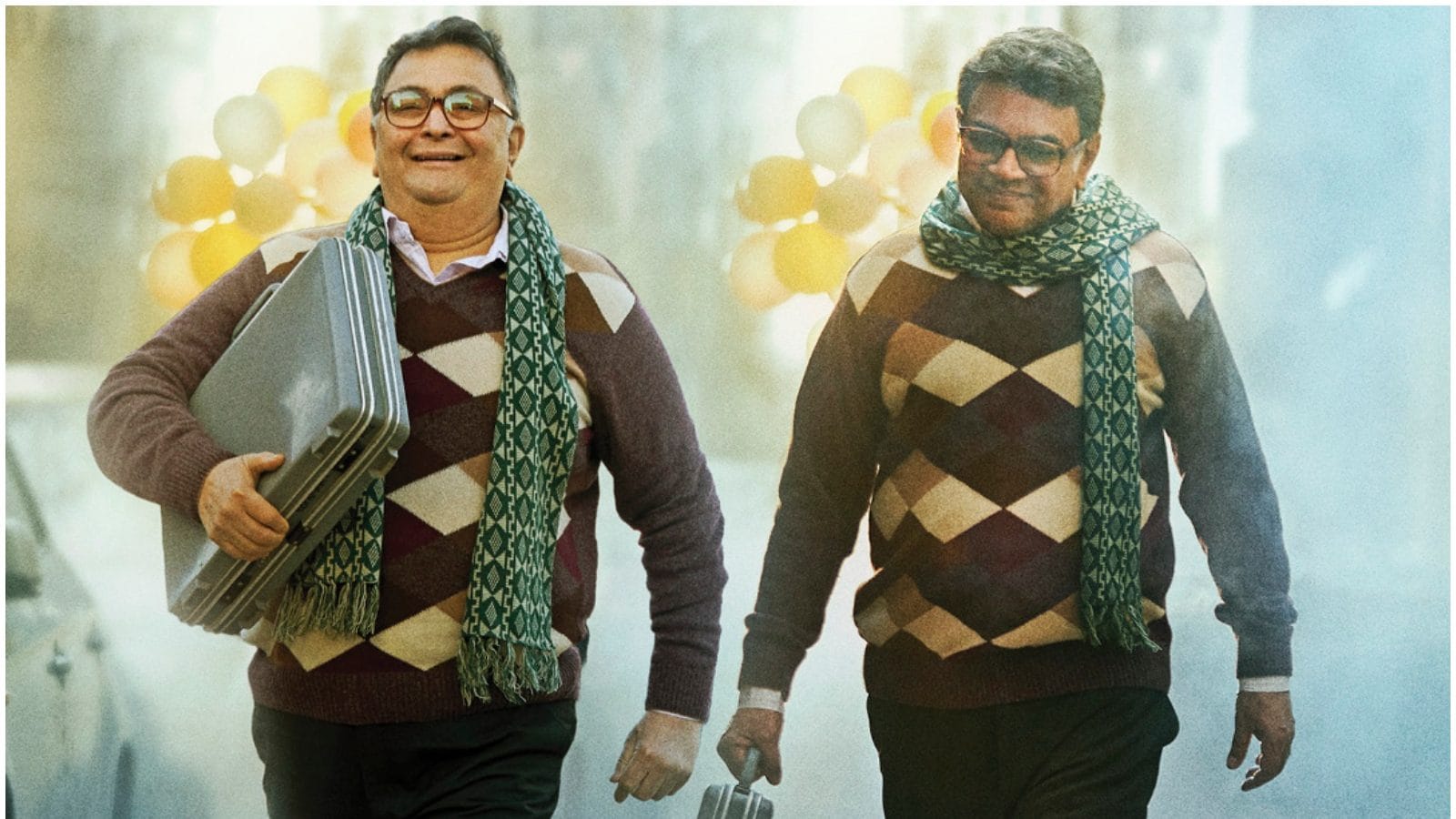 Delightful performances by the late Rishi Kapoor and Paresh Rawal turn Amazon Prime Video’s latest offering, Sharmaji Namkeen, into a worthwhile watch, although it tends to be somewhat repetitive with a thin plot, which appears stretched for its 121 minutes. Rawal, who essays the titular character, Sharmaji, stepped in for Kapoor, when he fell ill. Actually, quite a novel method that director-writer Hitesh Bhatiya adopted to defuse a crisis. The film was half way through the shoot when Kapoor was diagnosed with cancer.

Remarkably, the two actors can be seen playing Sharmaji alternately, and the switch is seamless – thanks to smart editing. In fact, we do not even seem to notice this; they brilliantly blend into each other.

Producer Ritesh Sidhwani told NDTV, “One thing that was clear in our minds was that we are going to complete this movie. We waited for six to eight months, thinking what to do. Ranbir Kapoor was a part of the process. We were thinking of prosthetics, and Ranbir shooting for us with them. But that was not a possibility. Then next option was to cast someone else: it’s been done before, but not in Hindi cinema. We had to find a really good actor… It’s not that Rishi Kapoor is in the first half and Paresh Rawal is in the second half; their scenes are mixed throughout the film, and you will see that they just become one.”

The movie opens with Kapoor’s Sharmaji receiving the voluntary retirement cheque and gifts at a function, but he is not too happy. Only 58, he is physically agile and mentally alert to have been pushed out of corporate life in a firm that was the brand leader in home appliances. A widower, with two grown-up sons, he spends his “retired life”, cooking for them and running household errands. Passionate about trying out new dishes, he takes pride in his culinary skills.

As luck would have it, he meets a group of ladies and gets talked into cooking food for their kitty parties. Reluctant at first, he is cajoled by his childhood friend, Sikka (Satish Kaushik), to take it up as a fun past-time. “After all, serving food is a great honour,” he tells Sharmaji.

His sons though are in the dark about their father’s new found pleasure, and he thoroughly enjoys being part of the women’s group, led by Juhi Chawla’s Veena Manchanda. They just adore the way he teases their taste buds, and it is all very tantalising. But a runaway video of him dancing with the group is enough to get his elder son, Rinku (Suhail Nayyar), worked up. He is ashamed, and in a dilemma, especially with his marriage to his office colleague, Urmi (Isha Talwar), coming up.

Where Sharmaji Namkeen falters is in its final act with unnecessary bungling at a police station — something that seems quite out of tune with the otherwise lighthearted narrative. A clumsy end to what was positively a fun film with Kapoor and Rawal at their compelling best – and wonderfully complimenting each other.