More
HomeNewsShahbaz Sharif to be next Pakistan PM? Know the man behind Imran...
News

Shahbaz Sharif to be next Pakistan PM? Know the man behind Imran Khan’s downfall 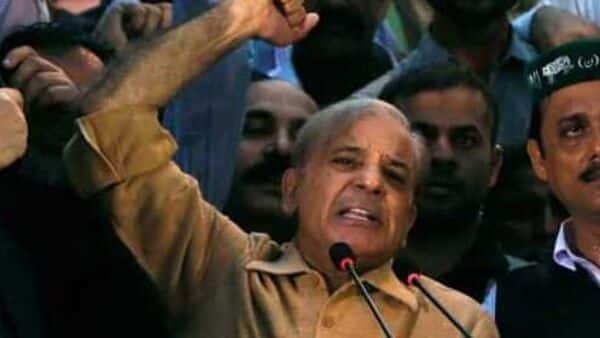 Bhutto, today, thanked Muttahida Qaumi Movement-Pakistan (MQM-P) for joining hands with the Opposition and deciding to support them to oust Khan as PM. The MQM, Khan’s primary parliamentary ally, announced it would be joining the bloc looking to oust Khan following a written agreement between the two sides.

“Imran Khan has now lost his majority. He is no longer the prime minister. The parliament session is tomorrow. Let’s hold voting tomorrow and settle this matter. We can then start working on transparent elections and the journey towards restoration of democracy and an end to economic crisis can then begin,” the PPP chairman said.

Who is Shahbaz Sharif?

Shahbaz Sharif has been the leader of the Opposition in the National Assembly of Pakistan since August 2018. Previously, he served as the chief minister of Punjab thrice, making him the longest-serving CM of the province.

Sharif, the president of the Pakistan Muslim League-N (PML-N), was elected to the Punjab provincial assembly in 1988, and to the National Assembly in 1990. He became the chief minister of Punjab in 1997.

However, following the military coup deposing the government in 1999, Shehbaz along with his family spent years of self-exile in Saudi Arabia. They returned to Pakisthan in 2007. He was re-elected as the CM of Punjab for a second term after PML-N’s victory.

He was also nominated as the PML-N president after his brother Nawaz Sharif was disqualified from holding office.

Meanwhile, Imran Khan, who was to address the nation on Wednesday evening, has deferred the same. Earlier in the day, Khan had claimed that he will take people into confidence about a “foreign-funded conspiracy letter” to show “evidence” of attempts to topple his government.

Pakistan Tehreek-e-Insaf (PTI) senator Faisal Javed Khan gave the information about the address having been postponed, reported Geo News. Imran Khan government is facing the heat over the no-confidence motion brought by the opposition.