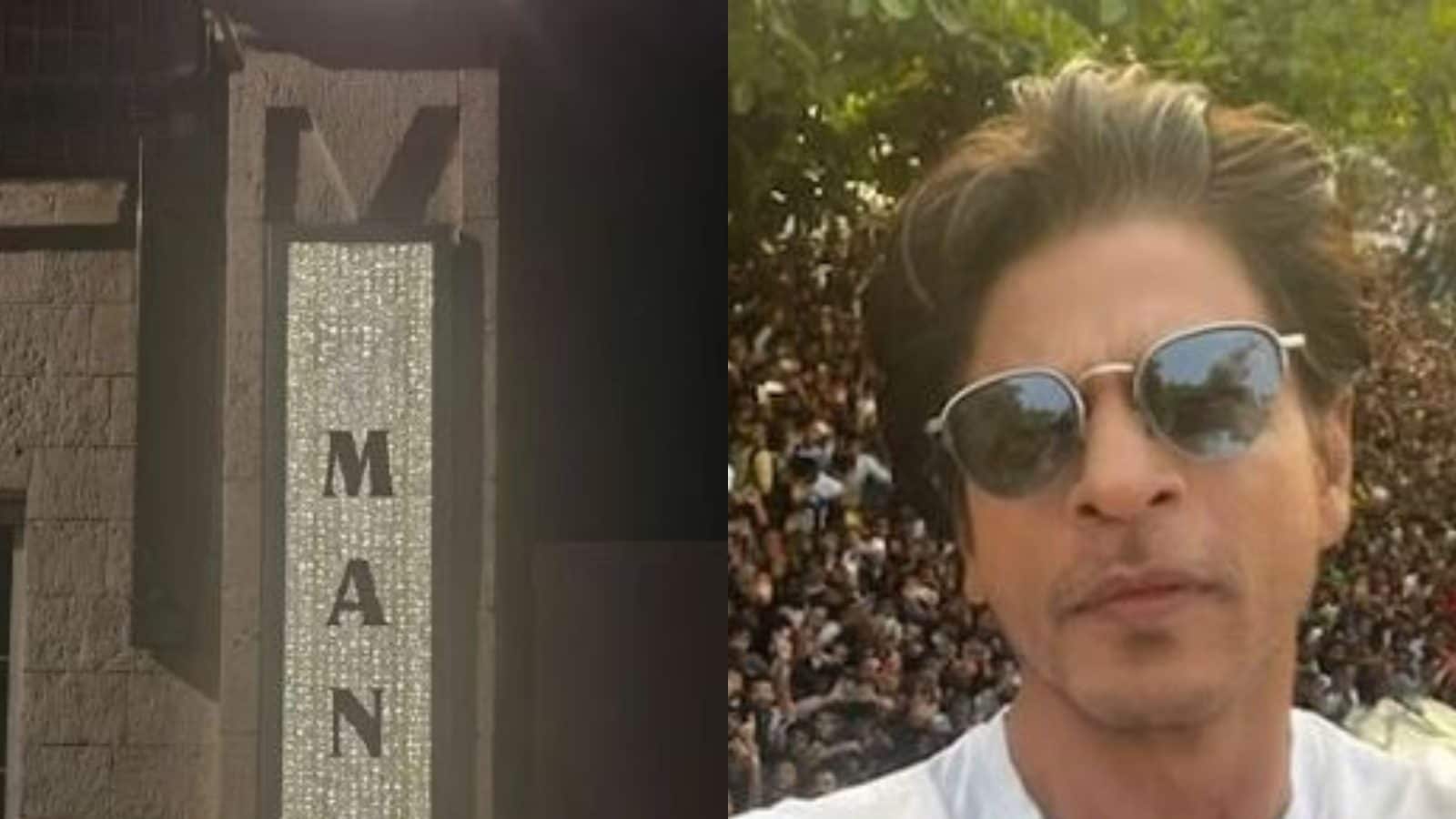 Shah Rukh Khan is trending on social media once again and this time it is for a very special reason. The superstar renovated the gates of his Mumbai house Mannat and changed the nameplates as well. SRK’s home is no less than a shrine for his fans who gather there every year on his birthday to catch a glimpse of him. Not just occasion but fans are also seen around his bungalow on normal days as well. So when SRK renovated the gates of his house, photos and videos of it went viral as well. Besides SRK, Mannat is also trending on Twitter.

SRK has chosen a diamond-studded nameplate this time and fans were seen posing beside the gate. Take a look at the photos:

Meanwhile, Shah Rukh Khan recently jetted off to Dubai to shoot for his film Dunki. In this film, SRK will be seen with Taapsee Pannu for the first time. This also marks his first collaboration with Rajkumar Hirani. A couple of days back, King Khan was in Sharjah where he was honoured with the first Global Icon of Cinema and Cultural Narrative award. He was attending the Sharjah International Book Fair. The actor was felicitated with the award for his contribution to the cultural landscape, and development in the field of writing and creativity.

Meanwhile, Shah Rukh Khan is gearing up for his big comeback with the film Pathaan, which is slated to release on January 25, 2023. This will mark his first film in 5 years. However, this year, the actor was seen in cameo roles in films such as Brahmastra, Rocketry: The Nambi Effect and Laal Singh Chaddha.

Following Pathaan, which also stars Deepika Padukone and John Abraham, SRK will be seen in Jawan with Nayanthara. The film is directed by Atlee Kumar. Jawan will be followed by the release of Dunki.