Shah Rukh Khan Looks Dapper in Black as He Attends Diwali Bash; Nayanthara-Vignesh Wish Fans on Diwali With Their Twins 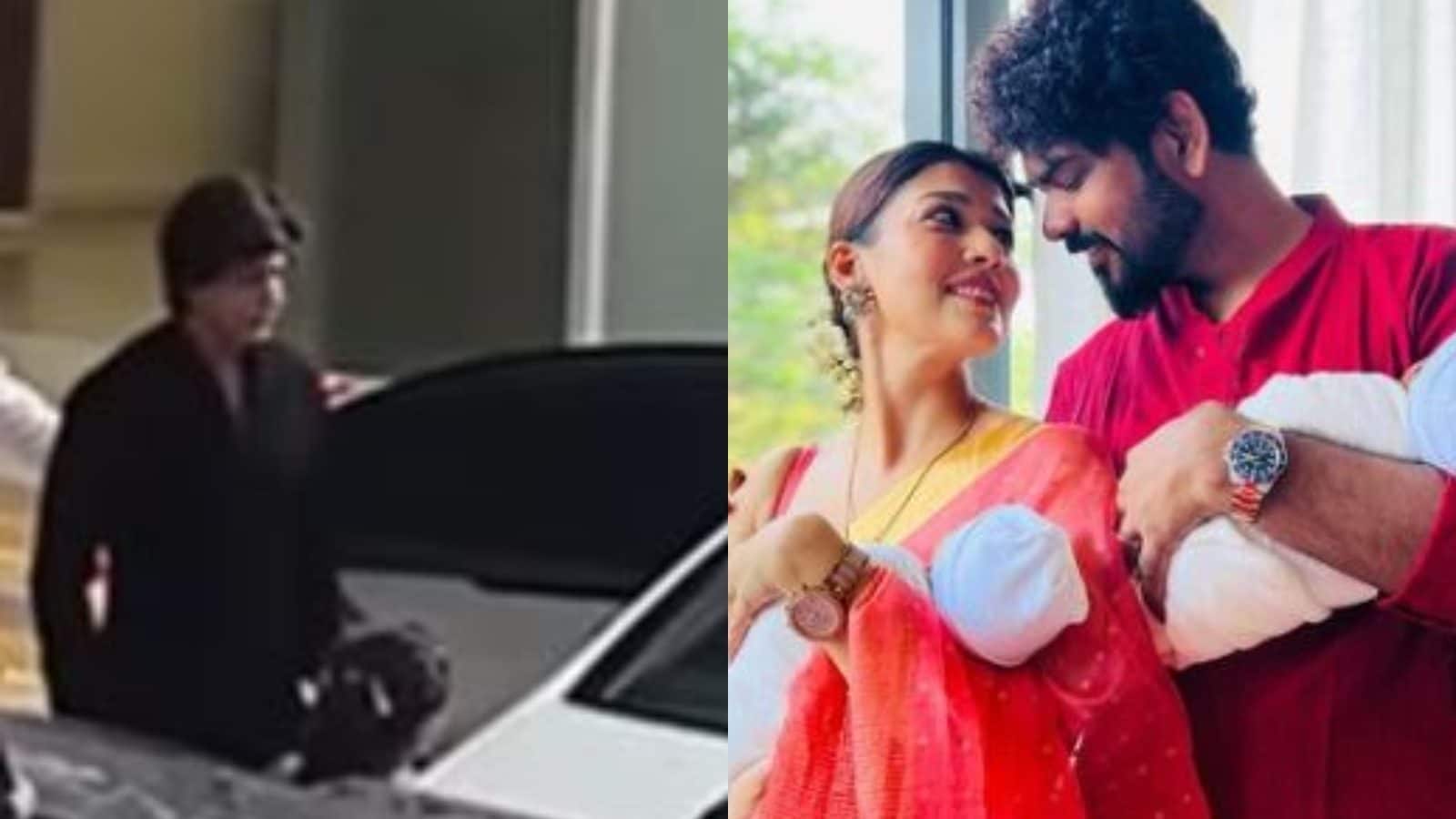 
Shah Rukh Khan, AbRam Khan and Gauri Khan were recently clicked at Red Chillies Office on the evening of Diwali. The Khan family was also accompanied by Pooja Dadlani. Popular Bollywood paparazzo Viral Bhayani took to his Instagram page to share a video of King Khan entering the office premise with his family. In the video, SRK can be seen looking dapper in a black kurta as he steps out of his car. Later, his youngest son AbRam comes out of the car and holds his hand as they walk towards the office.

Nayanthara and Vignesh, who welcomed their twins through surrogacy a couple of months after their wedding, took to social media to wish their fans the festival of lights. They were also seen carrying their twin boys as they conveyed their Diwali wishes.

BTS member Kim Seokjin is going to perform his new song with Coldplay at the British band’s live concert in Argentina. On October 24, the Epiphany singer was seen at the airport in Seoul as he departed overseas for his performance at the Coldplay concert.

It’s Diwali time! While the nation is celebrating the festival of lights and joy, Bollywood is no different. Our favourite actors have been busy attending various Diwali parties. After Manish Malhotra, Kriti Sanon, Bhumi Pednekar and Anand Pandit, film producer Amritpal Singh Bindra organised a Diwali bash at his place and needless to say, it was a star-studded event. Among others, superstar Shah Rukh Khan and his son Aryan Khan also graced the mega bash.

Matthew Perry and Julia Roberts became friends before Roberts’ guest appearance on Season 2 of F.R.I.E.N..D.S. and went on to date for six months before breaking up in April 1996. In an excerpt from his new memoir, Friends, Lovers and the Big Terrible Thing, he revealed he broke up with the ‘beautiful and brilliant’ Roberts due to his own struggles with addiction and not feeling ‘enough’ for her.