Shah Rukh Khan, John Abraham twin in black, Deepika Padukone looks gorgeous as ever in a beige outfit at Pathaan’s screening in the city, last night.

After much anticipation and a lot of waiting, Shah Rukh Khan’s Pathaan is finally out! The spy thriller, which is helmed by hitmaker Siddharth Anand, marks SRK’s comeback to lead roles after a long gap of over 4 years. The King Khan of Bollywood – SRK – is set to mark his return with his much-loved onscreen pair Deepika Padukone for the project, which is bankrolled by the prestigious banner Yash Raj Films. Ahead of the film’s release in theatres, on January 25, the film’s team attended a special screening of the film which was held in Mumbai, on Tuesday night.

YRF held a low-key screening event for Pathaan on January 24, Tuesday night in Mumbai, ahead of the film’s grand release. Several pics from the screening of the film, are out on social media, and are going viral. Shah Rukh Khan arrived in style at the screening of Pathaan, with his ladylove Gauri Khan. Needless to say, SRK looked handsome as ever in a semi-formal black shirt, which he paired with matching black trousers, and a statement black necklace. John Abraham too looked dapper as he twinned with SRK in black. The handsome star look opted for a black t-shirt, which he paired with a matching hooded sweatshirt and black trousers.

As for Deepika Padukone, she looked gorgeous as ever in a beige outfit. The actress looked glamorous as always in a comfy biege sweatshirt. The actress completed her look with a pair of matching brown trousers, her signature-free, messy hairdo, and minimal make-up.

Take a look at the pics here:

Deepika also gave us a sneak peek of the celebration inside the party by sharing a pic of a platter of chocolate brownie that had a good luck message for Pathaan. John Abraham arrived with his lady love Priya Runchal at the screening. 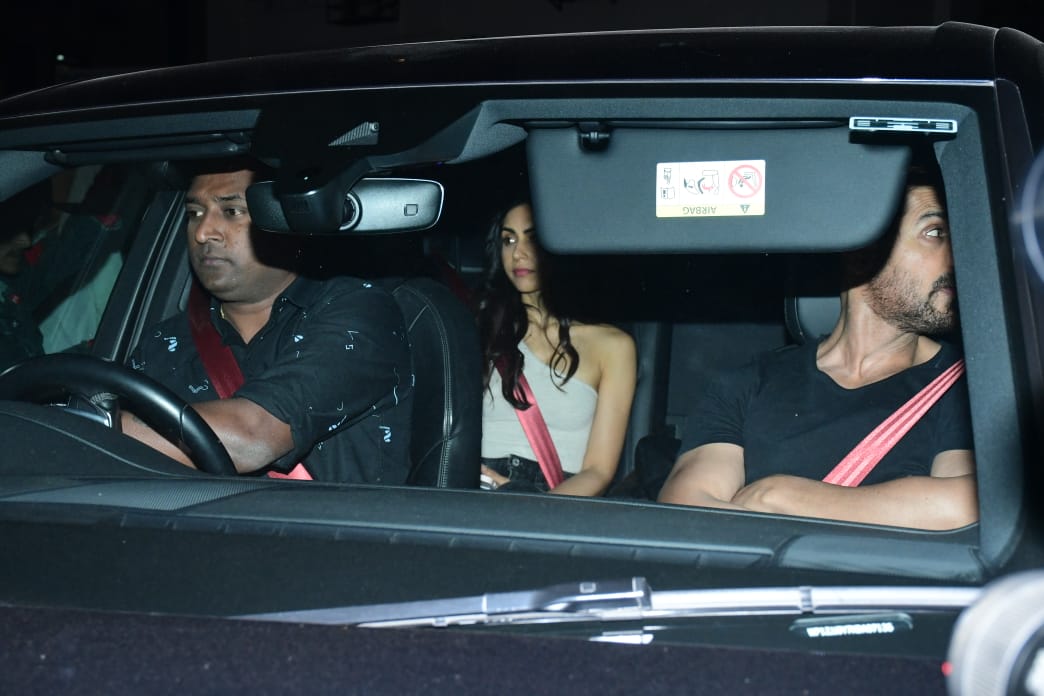 Pathaan is set to release on Jan. 25, 2023, in Hindi, Tamil, and Telugu. Besides SRK, the film also features a cameo by Salman Khan, connecting it with his Tiger series. While it was rumoured that Hrithik Roshan is also likely to appear in Pathaan, connecting the film with War, a new report has dismissed the rumours, claiming that Hrithik will not be a part of Pathaan.