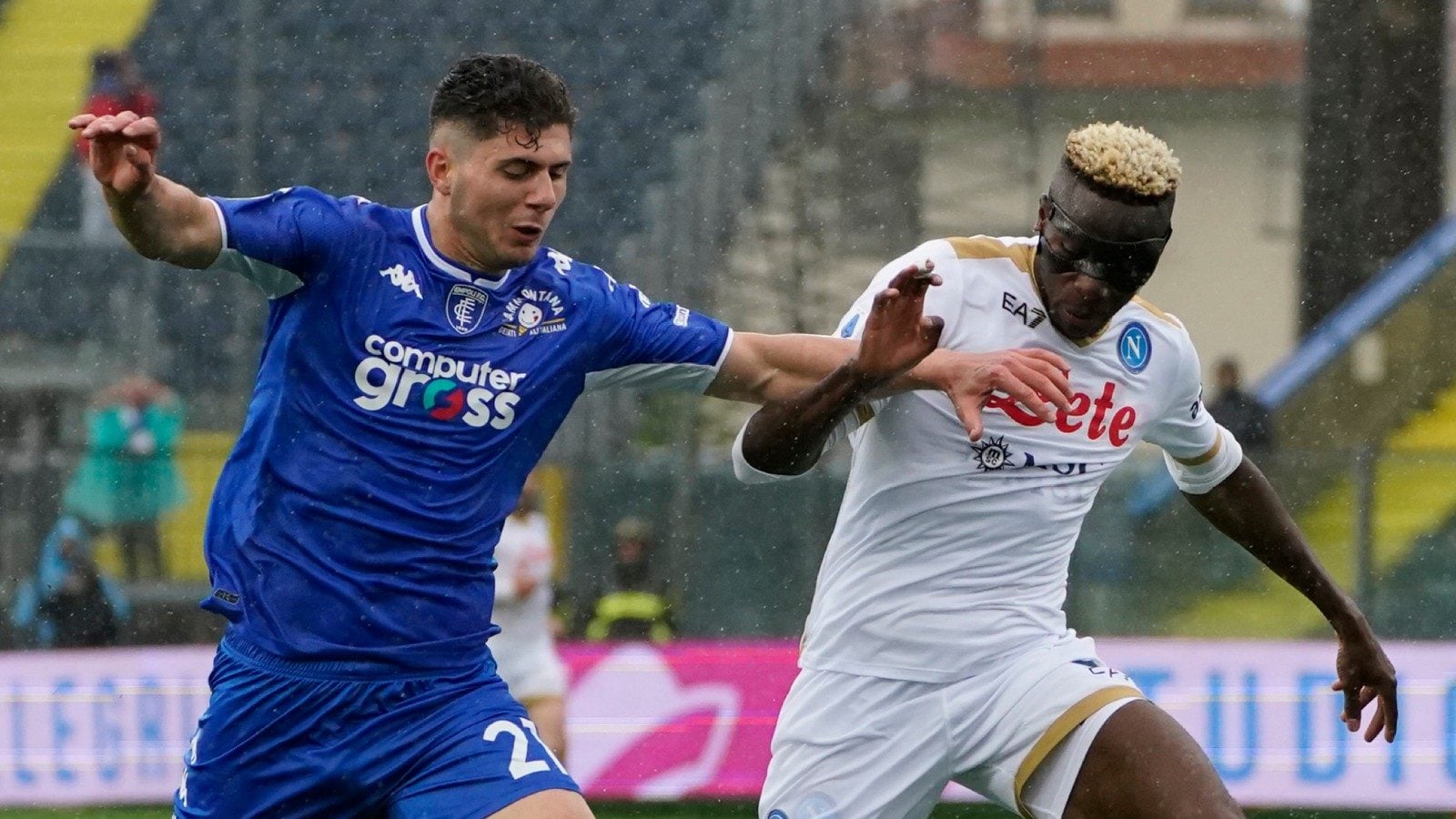 
Napoli’s hopes of winning the Serie A title this season suffered a huge blow when they surrendered a two-goal lead at Empoli in seven stunning second-half minutes to lose 3-2 on Sunday.

With Empoli not having tasted victory in their previous 16 league games, Luciano Spalletti’s side were expected to get the victory that would have seen them keep pace with league leaders Inter Milan.

They looked even more overwhelming favourites after a fine finish from Dries Mertens in the first half, and skipper Lorenzo Insigne’s arrowing effort eight minutes into the second period put them in firm control.

Napoli held the lead until the 80th minute, when they inexplicably left Liam Henderson alone to get the hosts back in the game, before a goalkeeping howler from Alex Meret let in Andrea Pinamonti to level three minutes later.

The drama, however, was not done, as Pinamonti slid in at the far post three minutes from time to send the home fans into raptures and leave Napoli defenders looking at each other wondering how they had thrown away this encounter.

The defeat leaves Napoli third in the standings, without a win in three league games, and five points behind Inter having played a game more. Empoli stay 14th despite the rare victory.

The manner of the defeat brought a stern reaction from the Naples club.

“The club has decided that from Tuesday, when the training sessions resume, the squad will go into a permanent retreat,” read a statement from Napoli after the match.

The ‘permanent’ suggests the players will remain at the training base until the end of the season, living on site.

“I can only take note of what happens,” Spalletti told DAZN. “Clearly, imagining an end to the game like that was difficult, but when you don’t have the right intensity and concentration then you get punished.

“We made a few too many mistakes, lost the ball too cheaply. Inevitably, the coach has to shoulder much of the blame for the attitude and consistency. The responsibility lies with the coach.”