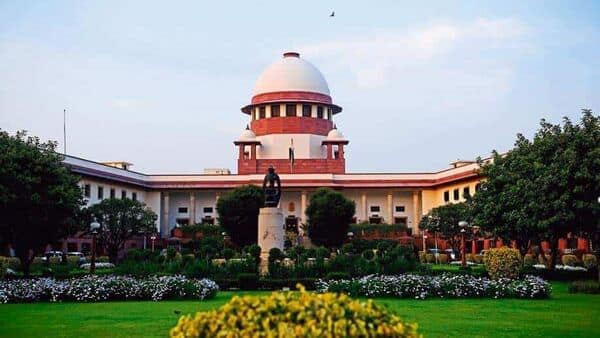 The Supreme Court on Thursday expanded the scope of the Medical Termination of Pregnancy Act and has included unmarried women to it, in a landmark order. The apex court permitted a 25-year-old woman to abort her 24-weeks pregnancy arising out of a consensual relationship.

“A woman’s right to reproductive choice is an inseparable part of her personal liberty under Article 21 of the Constitution and she has a sacrosanct right to bodily integrity,” the Supreme Court said according to news agency PTI report.

“Denying an unmarried woman the right to a safe abortion violates her personal autonomy and freedom. Live-in relationships have been recognized by this Court,” Supreme Court bench of Justices DY Chandrachud, Surya Kant, and AS Bopanna said according to the report. Additionally, the apex court urged the Director of the AIIMS, Delhi to constitute a Medical Board in terms of the provisions of the Medical Termination of Pregnancy (MTP) Act, by Friday.

“In the event that the medical board concludes that the fetus can be aborted without danger to the life of the petitioner, a team of doctors at the AIIMS shall carry out the abortion in terms of the request which has been made before the High Court…” the apex court said.

The bench said that before doing so the wishes of the woman shall be ascertained again and her written consent obtained after due verification of identity and a report shall be furnished to this Court after compliance with this order within a period of one week thereafter.

It said, “In the meantime, we are of the view that allowing the petitioner to suffer an unwanted pregnancy would be contrary to the intent of the law enacted by Parliament. Moreover, allowing the petitioner to terminate her pregnancy, on a proper interpretation of the statute, prima facie, falls within the ambit of the statute and the petitioner should not be denied the benefit on the ground that she is an unmarried woman.” It further added that the distinction between a married and unmarried woman does not bear a nexus to the basic purpose and object which is sought to be achieved by Parliament which is conveyed specifically by the provisions of Explanation 1 to Section 3 of the Act.