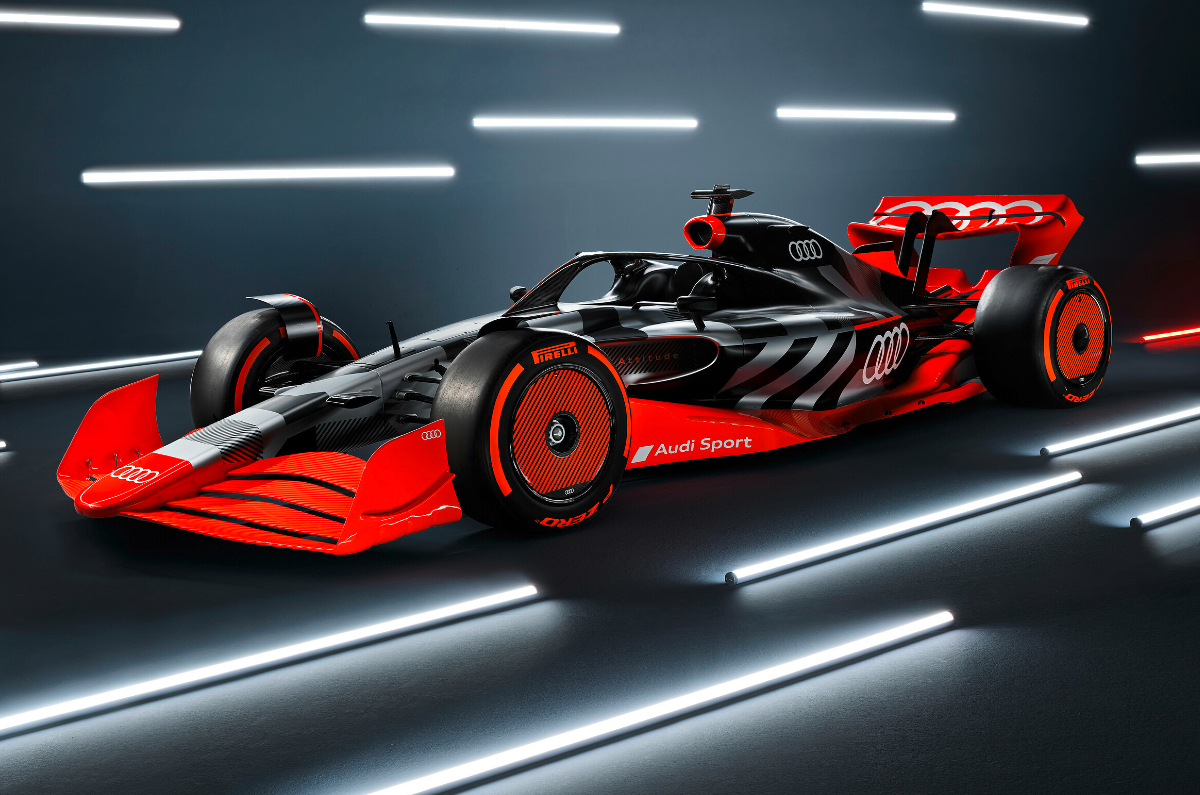 As part of a new “strategic partnership” Sauber will compete in F1 as Audi’s works team from 2026.

Audi has confirmed that Sauber will compete in F1 as the brand’s works team from 2026. Sauber currently races under the Alfa Romeo banner, but that partnership is set to conclude by end-2023, paving the way for the team’s new chapter with Audi.

Earlier this year, Audi confirmed plans to enter F1 as a power unit manufacturer in 2026, encouraged by the new engine regulations. At the time, the company refrained from naming any team as its official partner. But ahead of the Mexican GP, it has finally confirmed longstanding speculation of teaming up with Sauber.

In its official release, Audi has called Sauber a “strategic partner”. Not only will the team use Audi’s power unit, but it will also compete as the brand’s factory team. Additionally, Audi has also announced plans to acquire a stake in the Sauber Group.

Both parties have worked together in the past as well – Audi has regularly used Sauber’s wind tunnel in Hinwil during its Le Mans era and during the development of DTM’s Class 1 touring car.

“We are delighted to have gained such an experienced and competent partner for our ambitious Formula 1 project,” says Oliver Hoffmann, Member of the Board for Technical Development at AUDI AG. “We already know the Sauber Group with its state-of-the-art facility and experienced team from previous collaborations and are convinced that together we will form a strong team.”

The new rules do away with the complex MGU-H system (which captures energy from exhaust gases), and will instead see the MGU-K (which recaptures energy under braking) generate more electrical power. 100 percent sustainable fuels are also set to be introduced. Both of these have been named as the key reasons behind Audi’s decision to enter the championship.

The company will build its own powertrains at its motorsport headquarters in Neuburg. Audi says the expansion of the facility in terms of personnel, buildings and technical infrastructure should be “largely in place in 2023”. The first tests of the new power unit in an F1 test car are planned for 2025.

Audi’s Volkswagen Group stablemate, Porsche, also had plans to enter F1. However, its talks with Red Bull Racing have fallen through. Nevertheless, the company is still eyeing a future spot on the grid, maintaining the sport “remains an attractive environment.”