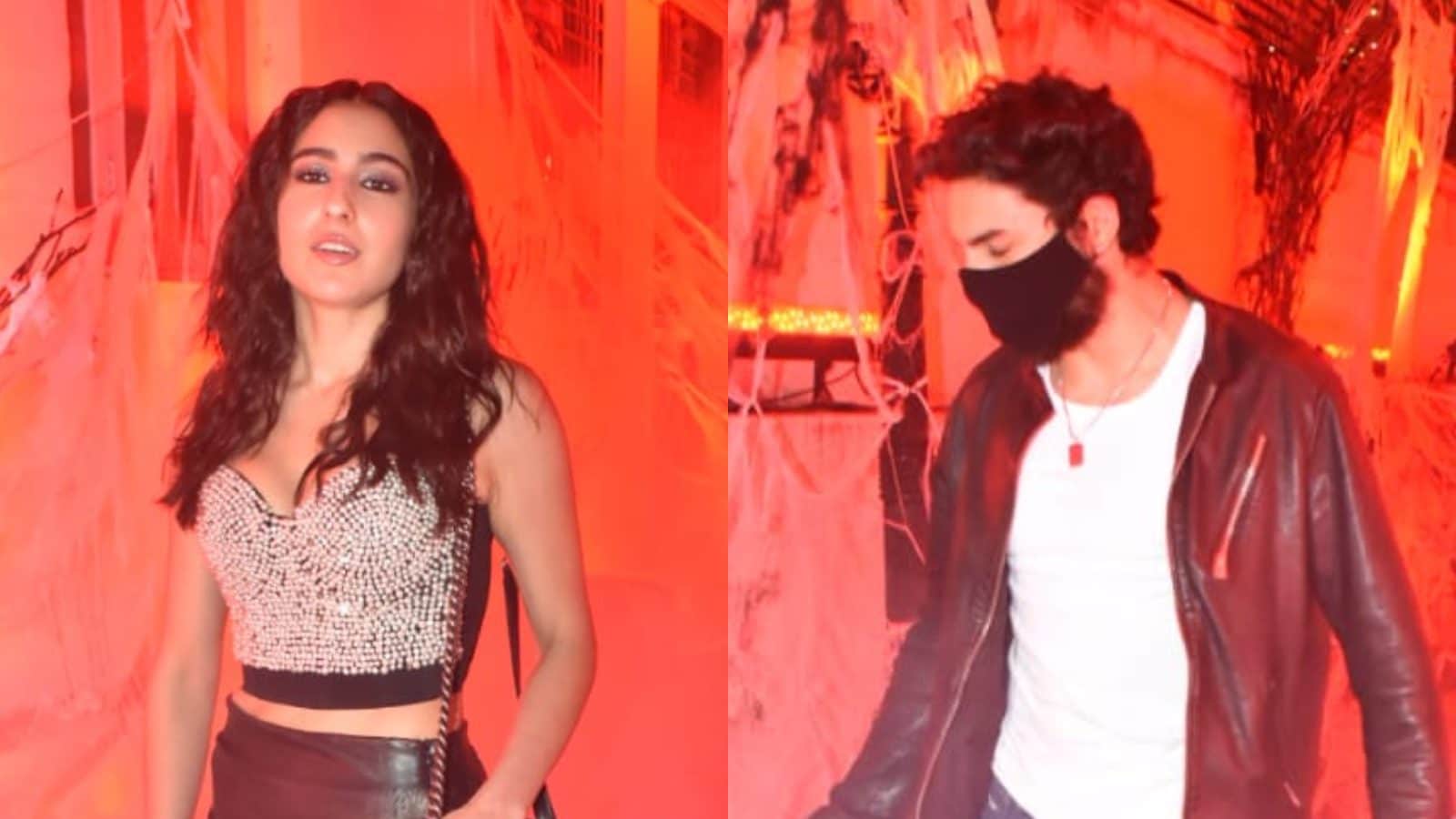 Sara Ali Khan and Ibrahim Ali Khan were seen making their way to a Halloween party in Mumbai on Saturday night.

Siblings Sara Ali Khan and Ibrahim Ali Khan did not fail to impress with their costumes as they made their way to attend a Halloween party on Saturday night. Pictures and videos from a party in Mumbai surfaced online showing that Sara and Ibrahim opted for black ensembles for the bash.

The Atrangi Re star was seen wearing a bold black crop top with a leather skirt, channelling Julia Roberts from Pretty Woman. Sara posed for the cameras before making her way to the party. Whereas Ibrahim reminded us of his father, Saif Ali Khan in his Halloween outfit.

The soon-to-be actor was seen wearing a black leather jacket, much like the one Saif wore in the song Ole Ole. He teamed the jacket with a white tee and a pair of blue denim. Ibrahim hid his beard under a mask yet again. The party was attended by several other stars as well. These included Aryan Khan, Ananya Panday, Shanaya Kapoor and Janhvi Kapoor.

Ibrahim sparked debut rumours when he was attending the Diwali parties in the city. Saif Ali Khan’s eldest son was seen sporting a heavily bearded look as he made his way to Manish Malhotra’s party. While he hid it with a mask when the paparazzi clicked his pictures, his new look was on full display in pictures from inside the party.

Although Ibrahim and Saif are yet to share the news of his debut, rumour has it Ibrahim is making his acting debut under Karan Johar’s banner Dharma Productions. It is claimed that Ibrahim has signed the Hindi remake of Hridayam. “It is the best project for Ibrahim’s launch. For some time now, Karan is looking for a suitable launch film for Ibrahim. The character in Hridayam of a brash student maturing into marriage and fatherhood is just right for Ibrahim,” a source told Bollywood Hungama in May this year.

As for Sara, she has a number of movies in the pipeline. These include Laxman Utekar’s next alongside Vicky Kaushal. The movie follows a couple who desire to live independently from their family. Sara then has Gaslight with Vikrant Massey.