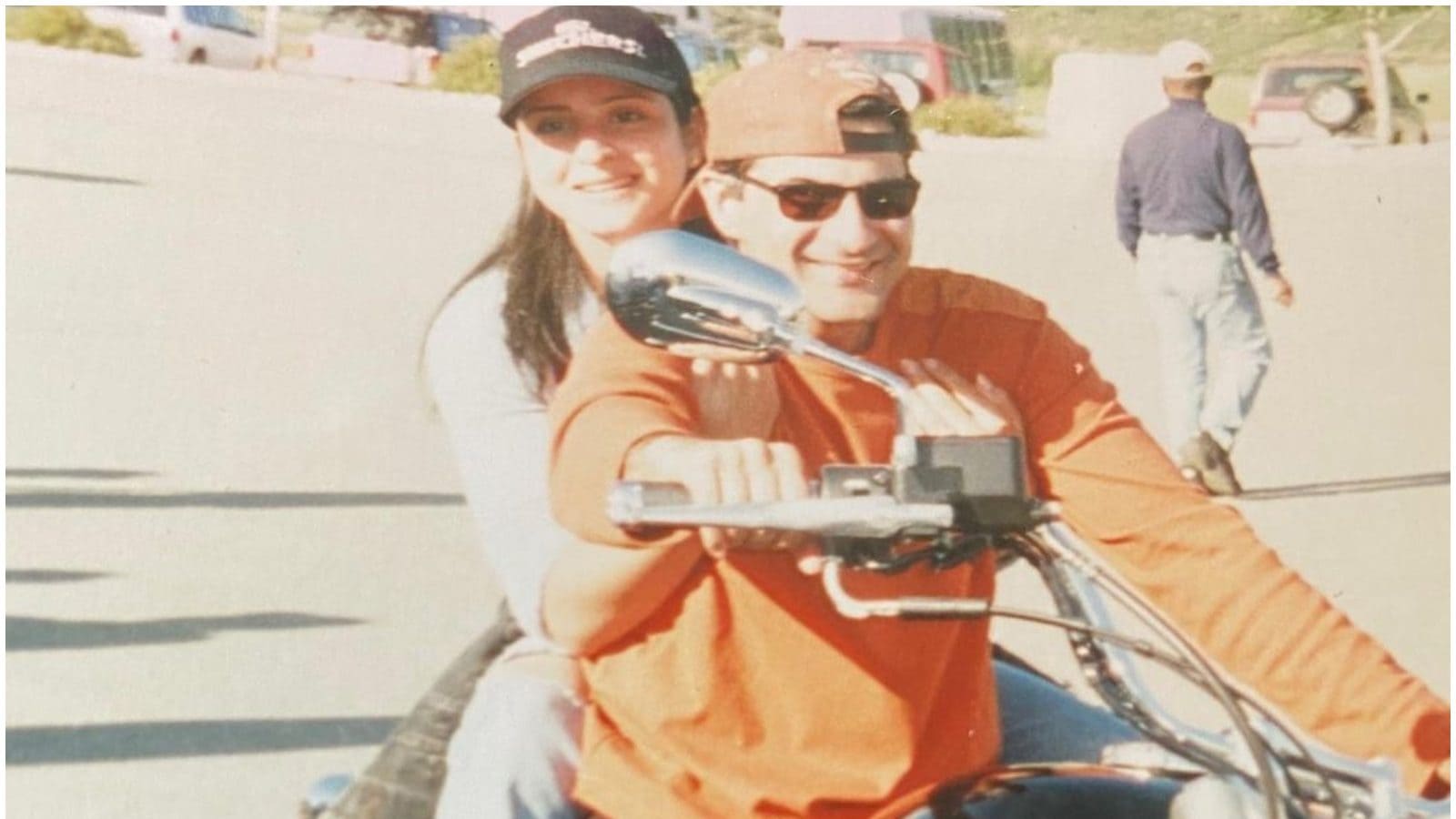 
Truly, celebrity couples have the power to make us believe in love all over again. Often, they melt our hearts with their public appearances together and set major couple goals with their social media PDA. One such adorable pair is Sanjay Kapoor and Maheep Kapoor, who are captivating us with their charm since forever, and even after 24 years of their marriage, they still feel young at heart. On Tuesday, the actor shared a happy throwback picture of himself and his wife Maheep.

In the throwback picture, taken many years ago, Sanjay can be seen sitting on a bike with Maheep, as they happily pose for the camera with smiles on their faces. The Fame Game actor look dashing in a full-sleeved orange tee with black bottoms, a cap and black sunglasses. Maheep can be seen sporting a white shirt with rolled-up sleeves and denim jeans in the photo. She completed her look with a black colour cap and chose to keep her hair open. While posting the adorable picture, Sanjay dropped a quirky caption. He began his caption with a hashtag “throwback memories”, and a heart emoticon, and wrote, “Ye Jawaani Hai Deewani.”

The cute picture was an instant hit on Instagram, as it grabbed the attention of many fans and the couple’s industry colleagues. Maheep acknowledged Sanjay’s beautiful post with a handful of heart emoticons. Bollywood actor Ronit Roy took to the comment section and hilariously wrote, “Damn! That’s a monster. The bike I mean”. Sanjay hilariously responded to Rohit’s comment, and wrote, “Ronit Roy, obviously, I can’t be the monster”. Maheep’s close friends and co-stars of the web series Fabulous Lives of Bollywood Wives, Seema Khan and Bhavana Pandey also reacted to the post with heart emoticons.

On the work front, fans recently witnessed Sanjay’s amazing acting skills in web series The Fame Game, which features Madhuri Dixit in the lead role. Meanwhile, Maheep is gearing up for the second season of Fabulous Lives of Bollywood Wives.