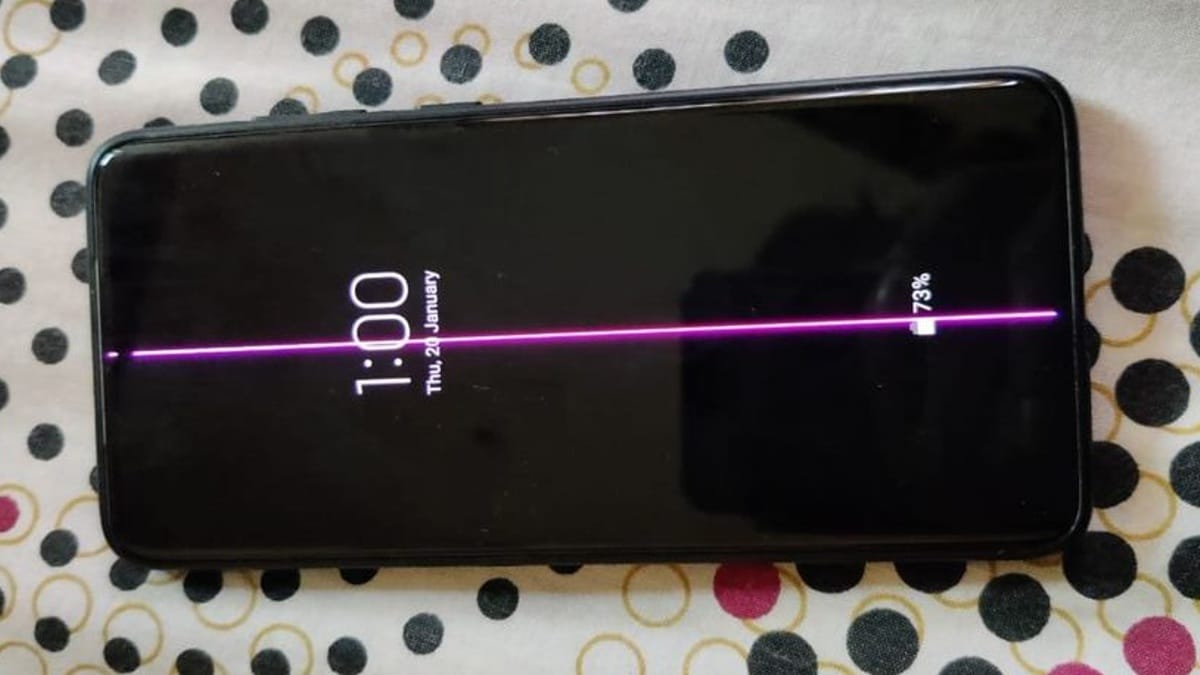 
Samsung Galaxy S20+ has started showing pink or green vertical lines on its display for some users in India. A large number of affected consumers have taken the issue to social media. Some of them have also posted complaints on the Samsung Community forums. The issue seems to be limited to a certain number of Samsung Galaxy S20+ users. A few of the affected users believe that the vertical lines have started to appear on their phones after receiving a recent One UI update.

According to the user reports available on Twitter, the display of the Samsung Galaxy S20+ has suddenly started showing pink or green vertical lines, without any instances of a drop or an accident.

I have bought s20 plus nearly 1 year and 4 months ago. A pink line suddenly appeared on left side display as attached in the image. I did not drop the phone at all and neither there is a single scratch. pic.twitter.com/xtmQeGhKrT

In some cases, the affected users took their Galaxy S20+ to a nearby service centre where they were advised to prefer replacing their screen. The genuine replacement, however, involves charges of over Rs. 15,500, according to user reports, which is more than 20 percent of the official price of the phone that was launched in 2020 at a starting price Rs. 73,999. It is also currently available at around Rs. 55,000 through various channels.

Exact reason for the sudden appearance of vertical lines is unknown at this moment as most user reports suggested no incidents of an accident. However, some users claimed that the issue emerged after they updated the phone to One UI 4.01.

One of the affected users on the Samsung Community forums suggested that the Samsung support team acknowledged the problem and said that the lines appeared during the normal course of usage. The company also offered a 25 percent discount on the total repair charge of Rs. 15,515, as per the email screenshot of the support team shared by the user.

As reported by Android Police, references about the vertical lines on the Samsung Galaxy S20+ have started to appear since August last year.

In most cases, the issues are appearing on devices that are out of warranty. This means that users need to spend repair charges for replacing the display.

The issue seems to be limited to the Samsung Galaxy S20+ as there weren’t any prominent user reports complaining about the same problem on the regular Galaxy S20 or the Galaxy S20 Ultra. It is also not clear whether the Galaxy S20+ users in markets other than India are impacted by the vertical lines issue that has widely been reported by Indian consumers.

Gadgets 360 has reached out to Samsung for a comment on the matter and will update this article when the company responds.

This is not the first time when we are seeing Samsung Galaxy S20+ users complaining about a display problem. Some users suggested a screen-of-death issue in which the display of the phone was developing white or green patches that got worse with time. The same issue had also appeared on the Samsung Galaxy S20 Ultra for some users.

At the time, Samsung did not provide a public statement to announce any particular resolution.