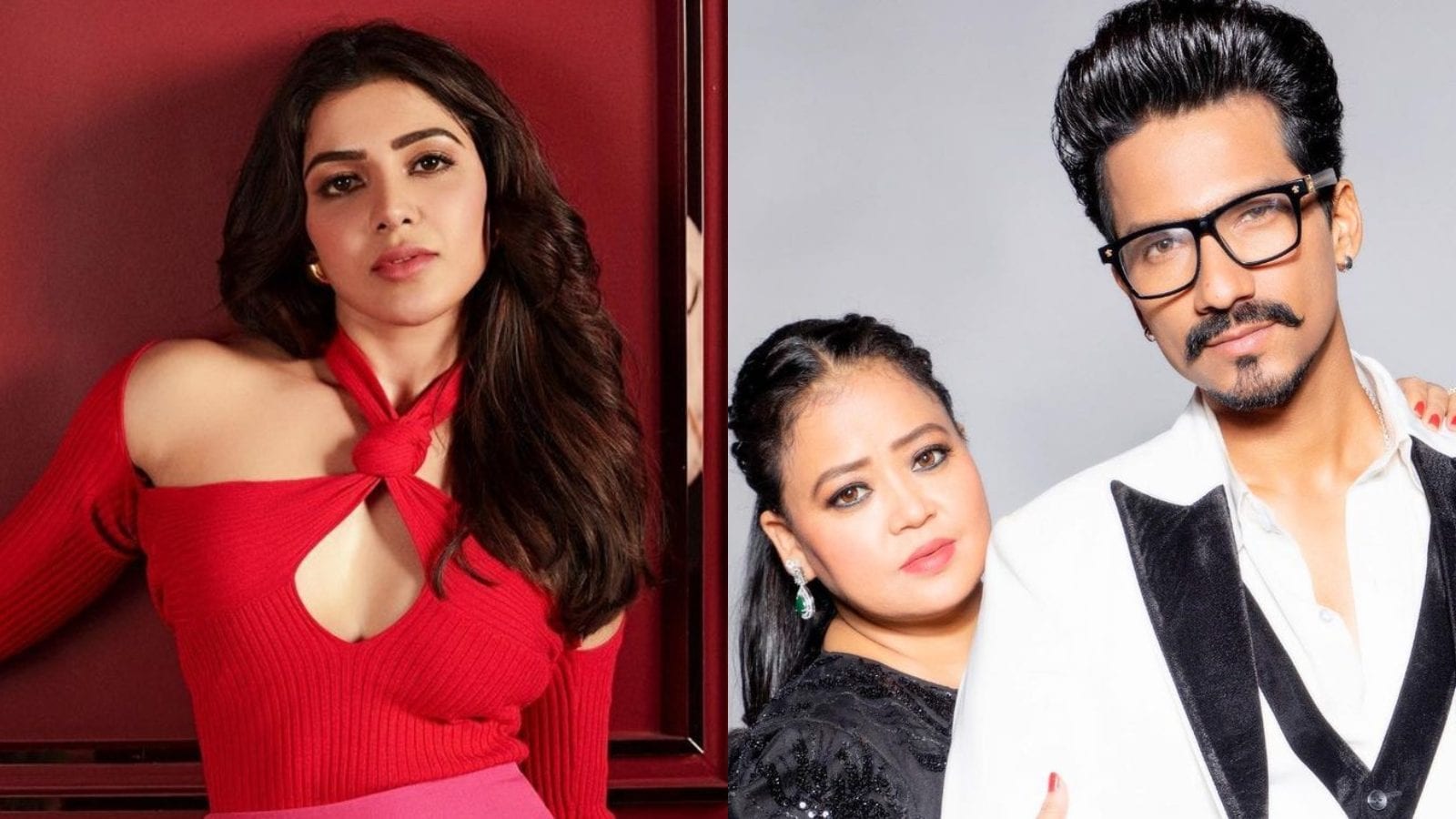 
Samantha Ruth Prabhu has revealed that she has been diagnosed with an autoimmune condition called Myositis. The actress took to her Instagram account to share her health update with fans. While thanking everyone for the ‘overwhelming’ response to the trailer of her upcoming movie Yashoda, Samantha revealed that she’d been suffering from the serious health illness for a few months. Myositis is a rare condition that affects the muscles.

Narcotics Control Bureau (NCB) has filed a 200-page chargesheet against comedian Bharti Singh and her husband, Haarsh Limbachiyaa, in an alleged two-year-old drugs case. For the unversed, NCB arrested the couple in November 2020, following seizure of ganja (cannabis) from their house in suburban Andheri. NCB had reportedly recovered 86.5 gm ganja during the search. However, the two were granted bail by a Special NDPS court after hearing their bail pleas.

On Saturday, Salman Khan took to his social media handles to announce that he has roped in boxer Vijender Singh for his upcoming movie Kisi Ka Bhai Kisi Ki Jaan. The actor dropped a picture which featured the boys’ gang on the sets of Kisi Ka Bhai Kisi Ki Jaan. Besides Salman and Vijender, Jassie Gill, Raghav Juyal and Siddharth Nigam were also seen posing in the click. Helmed by Farhad Samji, it was recently announced that the film will be released on Eid next year.

In a recent episode of Bigg Boss 16, Salman Khan lashed out at Ankit Gupta and asked him if he is ‘disinterested’ in being a part of the reality show. The host of the show questioned Ankit’s laidback attitude and asked him to come out of his comfort zone. However, Salman Khan’s words have left Ankit Gupta’s fans upset. ‘We support Ankit’ was trending on Twitter with the Udaariyaan actor’s fans expressing disappointment over Salman Khan’s scolding. While some argue that Ankit is a calm person who does not feel the need to jump into others’ issues, others mention that they love Ankit the way he is.

Katrina Kaif and Vijay Sethupathi starrer Merry Christmas has been postponed. On Saturday, trade analyst Taran Adarsh reported that the psychological thriller will not be released on December 23 this year, as it was planned. The makers have now decided that the film will hit theatres in 2023 and the new release date will be announced soon. This means that Merry Christmas will also not clash at the box office clash with Tiger Shroff’s Ganapath and Ranveer Singh’s Cirkus – which are scheduled to be released around Christmas.