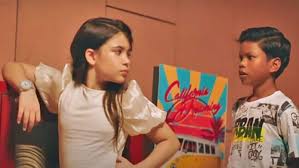 After becoming a child sensation overnight for the song Bachpan Ka Pyaar, Sahdev Dirdo is again under the spotlight, and this time for singing Money Heist’s theme song, Bella Ciao. Another video of the 10-year-old has gone viral where he can be heard crooning the popular track.

He is donning a casual white t-shirt and just like the previous song, he has added his signature style to the track. The video is already gaining popularity and currently has more than 54,000 likes on Instagram.

The song Bella Ciao was originally written as an Italian farmer’s protest song and it gained worldwide popularity after it was used in Netflix’s Money Heist or La casa de papel.

Coming to Sahdev, his video had gone viral after his school teacher recorded him singing and shared it online. He had become an Instagram celebrity overnight with several people using his audio on their Reels.

Even, rapper Badshah offered the Chattisgarh kid a chance to sing with him. He recorded a song with him that went viral as well.

Share
Facebook
Twitter
Pinterest
WhatsApp
Linkedin
Telegram
Viber
Previous articleAirtel has launched a new data add-on pack for its prepaid mobile subscribers.
Next articleFor all those of you waiting for the last minute, here are some money tasks that must be completed this month.

Here are seven actors who would be great in the role of James Bond after Daniel Craig.

Venom: Let There Be Carnage hits theaters nationwide on Oct. 1.