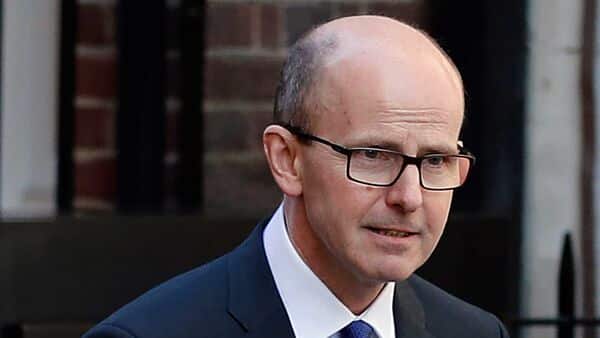 Putin had “massively misjudged” the invasion, the director of Britain’s intelligence agency GCHQ Jeremy Fleming said in a prepared speech to the Australian National University in Canberra.

His remarks, released in advance, echoed US intelligence issued by the White House the previous day indicating Putin was being “misinformed” by his advisors about the progress of the Russian operation.

Western intelligence sources have been keen to play up Russia’s failures in the war and highlight divisions within Putin’s inner circle.

Fleming said Putin had underestimated the Ukraine resistance, the strength of the international coalition against him, and the impact of economic sanctions.

The Russian leader had also overestimated his own military’s ability to secure a rapid victory, he added.

“We’ve seen Russian soldiers — short of weapons and morale — refusing to carry out orders, sabotaging their own equipment and even accidentally shooting down their own aircraft,” Fleming said.

“And even though Putin’s advisors are afraid to tell him the truth, what’s going on and the extent of these misjudgements must be crystal clear to the regime.”

Russia’s public statement this week that it would “radically” reduce combat operations around the capital Kyiv and the northern city of Chernigiv “perhaps shows they have been forced to significantly rethink”, Fleming said.

He warned that cyber attacks from Russia remain a threat.

Though some people were surprised that Moscow had not launched a catastrophic cyber attack, Fleming said it was “never our understanding” that such an offensive was central to the Russian invasion.

Britain’s intelligence services had, however, detected a “sustained intent from Russia to disrupt Ukrainian government and military systems”, he said.

“We’ve certainly seen indicators which suggests Russia’s cyber actors are looking for targets in the countries that oppose their actions.”

On the battlefields in Ukraine, Moscow was using mercenaries and foreign fighters to support its own forces, Fleming said.

They included the Wagner Group, which was “taking it up a gear” after being active in the country since the Russian annexation of Crimea in 2014.

“The group works as a shadow branch of the Russian military, providing implausible deniability for riskier operations,” he said.

Fleming noted that Chinese President Xi Jinping had refused to condemn the invasion, providing a level of diplomatic and economic support for Russia.

“With an eye on re-taking Taiwan, China does not want to do anything which may constrain its ability to move in the future,” he said, predicting however that the China-Russia relationship may deteriorate as China’s military and economy grow in power.