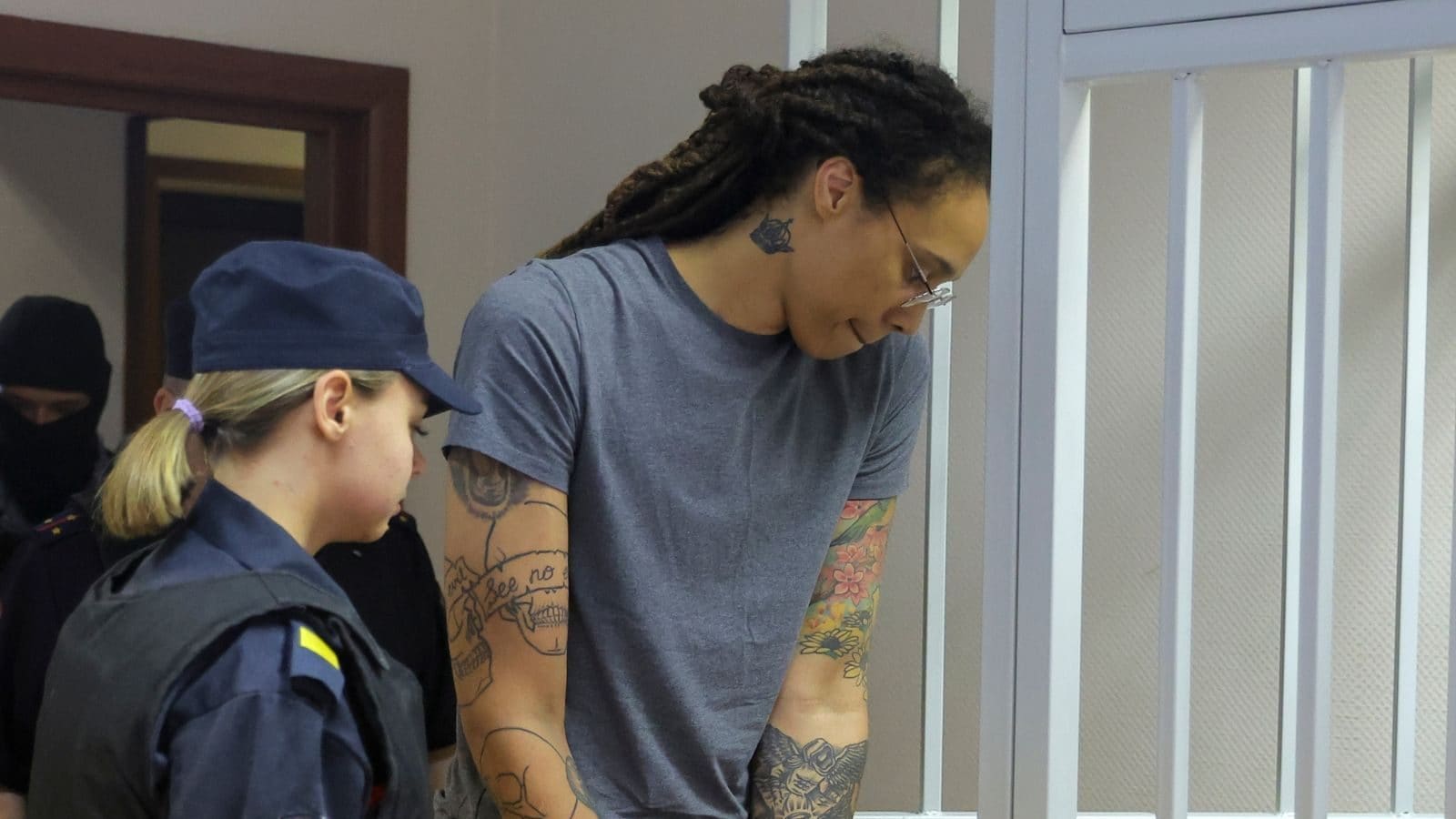 
Russian prosecutors asked a court outside Moscow to sentence American basketball star Brittney Griner to 9 1/2 years in prison as closing arguments in her cannabis possession trial were made Thursday.

The trial is nearing its end nearly six months after Griner’s arrest at a Moscow airport and subsequent detention, a case that has reached the highest levels of U.S.-Russia diplomacy. She faces up to 10 years in prison, if convicted

Although a conviction appears almost certain, given that Russian courts rarely acquit defendants and Griner has acknowledged having vape cartridges with cannabis oil in her luggage, judges have considerable latitude on sentencing.

Lawyers for the Phoenix Mercury centre and two-time Olympic gold medalist have pursued strategies to bolster Griner’s contention that she had no criminal intent and that the canisters ended up in her luggage due to hasty packing. They have presented character witnesses from the Russian team that she plays for in the WNBA off-season and written testimony from a doctor who said he prescribed her cannabis for pain treatment.

A lawyer on Griner’s defence team, Maria Blagovolina, argued that Griner brought the cartridges with her to Russia inadvertently and only used cannabis as medicine and only while in Arizona, where medical marijuana is legal. A prosecutor, Nikolai Vlasenko, argued that Griner packed the cannabis oil deliberately.

It’s not clear when the verdict will be announced. If she does not go free, attention will turn to the high-stakes possibility of a prisoner swap.

Before her trial began in July, the State Department designated her as “wrongfully detained,” moving her case under the supervision of its special presidential envoy for hostage affairs, effectively the government’s chief hostage negotiator.

Then last week, in an extraordinary move, U.S. Secretary of State Antony Blinken spoke to his Russian counterpart, Sergey Lavrov, urging him to accept a deal under which Griner and Paul Whelan, an American imprisoned in Russia on an espionage conviction, would go free.

The Lavrov-Blinken call marked the highest-level known contact between Washington and Moscow since Russia sent troops into Ukraine more than five months ago. The direct outreach over Griner is at odds with U.S. efforts to isolate the Kremlin.

People familiar with the proposal say it envisions trading Griner and Whelan for the notorious arms trader Viktor Bout. It underlines the public pressure that the White House has faced to get Griner released.

White House Press Secretary Karine Jean-Pierre told reporters Monday that Russia has made a “bad faith” response to the U.S. government’s offer, a counteroffer that American officials don’t regard as serious. She declined to elaborate.

Russian officials have scoffed at U.S. statements about the case, saying they show a disrespect for Russian law. They remained poker-faced, urging Washington to discuss the issue through “quiet diplomacy without releases of speculative information.”