Russia vows to ‘burn’ German, US tanks in Ukraine 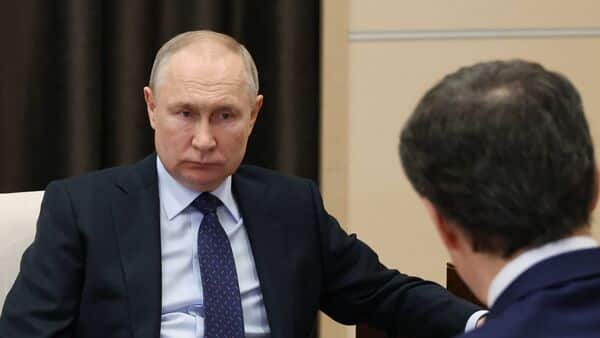 Numerous modern battle tanks will be delivered to Ukraine by Germany and the US. Ukraine President Volodymyr Zelenskiy welcomed the action as a potential turning point in the country’s struggle to fend off Russia’s invasion while the Kremlin branded it an “extremely dangerous” move.

Hours after Germany declared it would deploy Leopard 2 tanks, US President Joe Biden announced the decision to supply 31 M1 Abrams tanks. Russia has declared that any Abrams combat tanks given by the US to Ukraine will “burn”, deriding the anticipated delivery as an expensive folly.

The workhorse of NATO troops throughout Europe, the Leopard 2 tank, was the choice of Germany to send to Ukraine in place of Biden’s initially cautious deployment of the difficult-to-maintain Abrams.

One of the few remaining taboos in Western assistance for Ukraine has been finally broken by Germany and the US: delivering weapons with a primary offensive rather than defensive objective. Germany announced that it would deploy further military supplies to Kiev, including heavy artillery, air defence, and several rocket launchers.

“This extremely dangerous decision takes the conflict to a new level of confrontation,” Sergei Nechayev, the ambassador of Moscow to Germany, expressed his rage at Berlin’s declaration.

The ultimate goal would be to provide Ukraine with two Leopard battalions, usually made up of three or four companies each, the first of which would arrive in three to four months.

While the Abrams and the Leopards are quite similar, the main difference is the engine. While the Abrams employs a more potent and intricate turbine engine, the Leopard 2 has a diesel-powered MTU MB 873 engine that is much simpler to maintain and more popular in Europe.

Ukraine, as per some experts, may find it difficult to manage the logistical infrastructure for the Abram tanks, given how infrequently those are deployed in Europe. Additionally, the four-person tank will need additional training for the sophisticated equipment.

With statements from Poland, Finland and Norway this week, the number of pledges from other NATO allies that field Leopards, which Germany produced in the numbers and exported to allies, increased significantly.

Zelenskiy has asked allies to rapidly supply numerous tanks in significant quantities. “The key now is speed and volumes. Speed in training our forces, speed in supplying tanks to Ukraine. The numbers in tank support,” he said on January 25.