RRR Star Ram Charan Looks Dapper In Blue Jacket As He Goes On a Jungle Safari In Africa; Watch 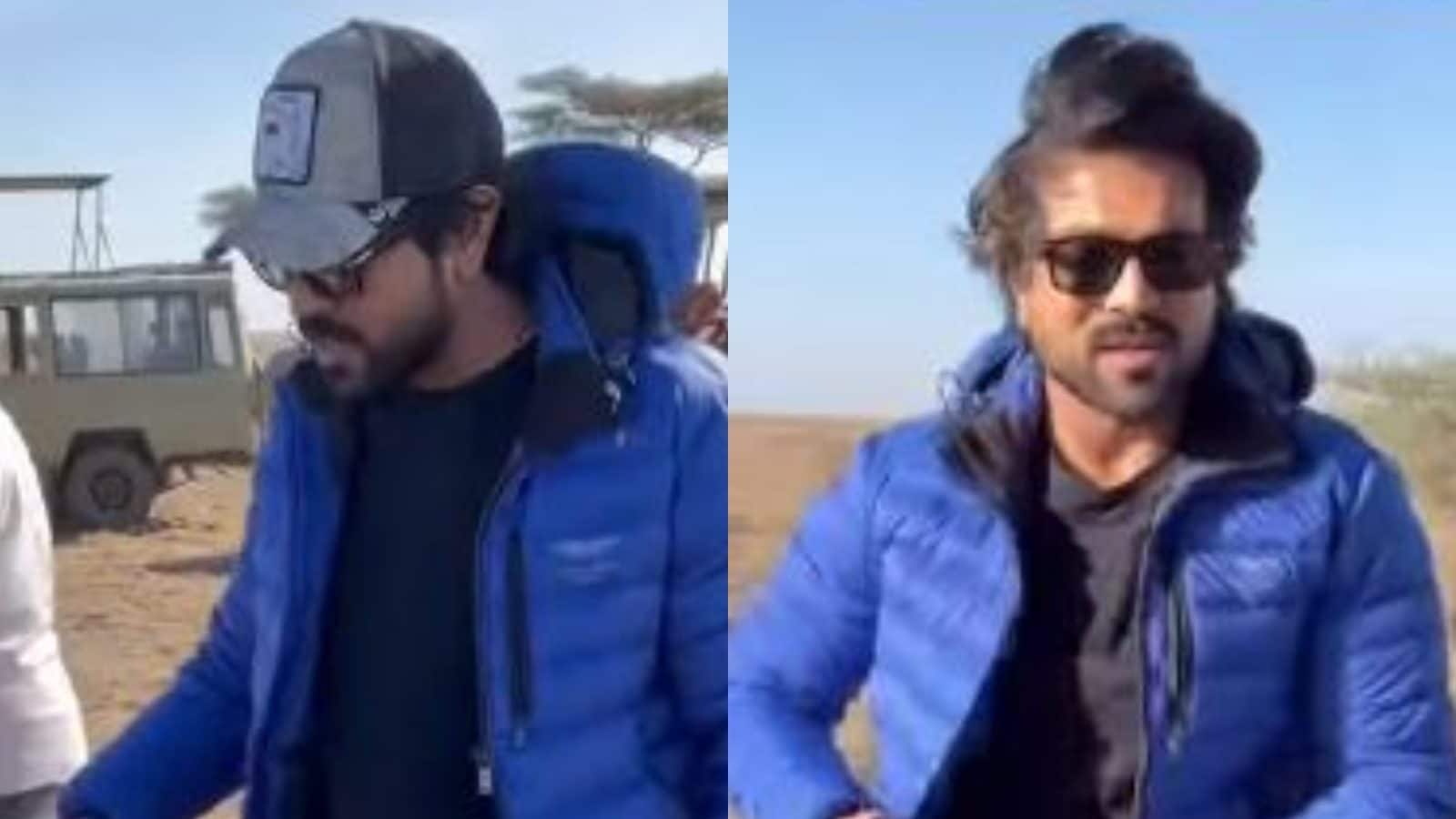 Ram Charan drops a video from his Africa vacation.

RRR actor Ram Charan is currently vacationing in Africa and looks like he is enjoying every moment to its fullest.

Megastar Ram Charan, best known for his role in SS Rajamouli’s movie RRR, seems to be enjoying his time in Africa. He took to Instagram to share a video of himself driving a jeep in the wilderness of the beautiful country. The rather fun post shared by the 37-year-old actor also showed him indulging in a bit of cooking and photographing wild animals in their natural habitat. He can be spotted making fried eggs, sunny side up–along with chatting merrily with a local.

In yet another scene from the video, he could be seen lounging on the running jeep and running his hands through his hair. One of the highlights of the video was when the actor crouched down to accurately photograph an African lioness. Talking about his look, Ram Charan wore a dark blue puffer jacket over a black t-shirt and black baggy trousers. Needles to say, the RRR actor looked every bit dashing.

While fans couldn’t keep their calm after having a look at Ram Charan’s holiday, he captioned the post: “Untamed Africa!” and we can’t help but agree. Fans loved the exciting footage of Ram Charan’s holiday in Africa. One Instagram user wrote, “The lion clicks another lion!” while another fan commented, “Driving, cooking, and photography!” along with several heart-eye emojis. A third user shared, “Love you Charan Anna (Big brother).”

Ram Charan was recently in Japan to promote the release of RRR in the country. The movie was well appreciated by the audience there with several pictures and videos showing the South Indian star signing autographs for his fans. During one of the events in the Asian country, Charan also gave the most heartwarming and emotional speech while addressing an auditorium of Japanese fans. “I will take this love from Japan, the humility, the honesty and the respect you all give for fellow human beings,” he said.