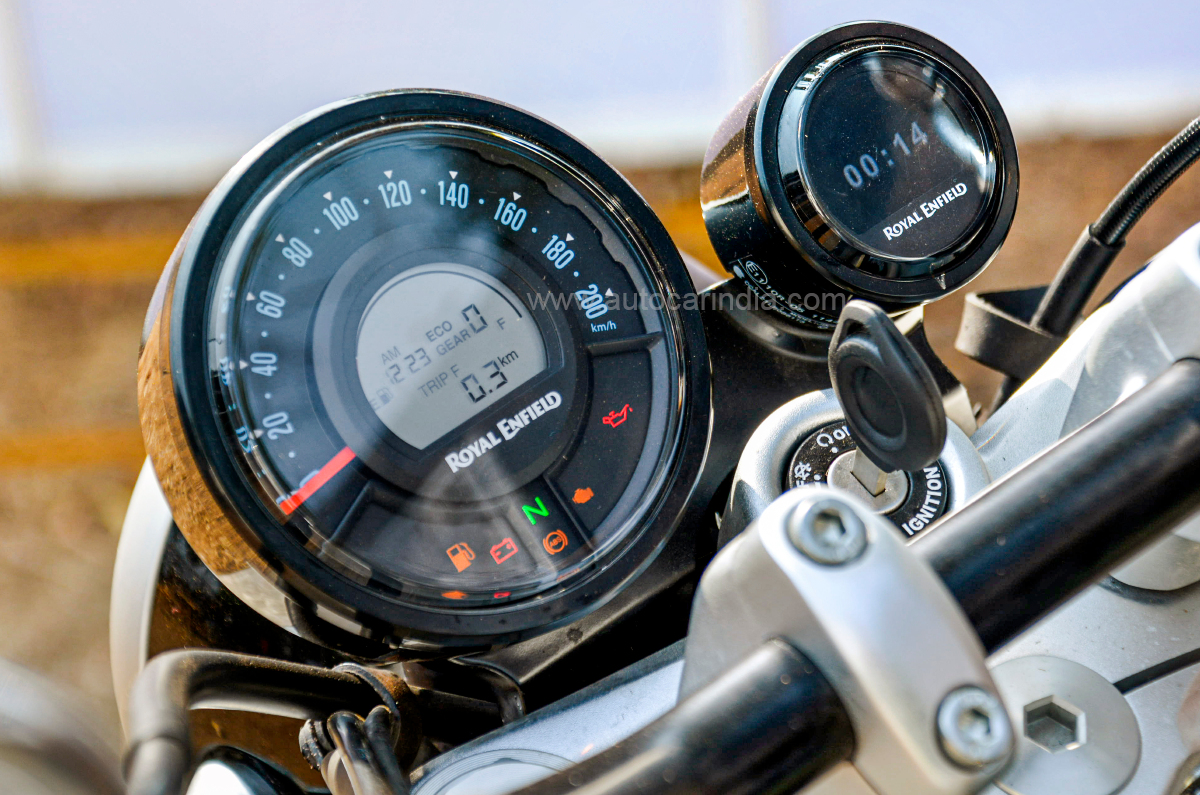 The Super Meteor 650 will be the most expensive RE when it goes on sale in India.

The Royal Enfield Super Meteor 650 first broke cover at EICMA 2022, and it has now been showcased in India for the first time at the ongoing Royal Enfield Rider Mania event in Goa. This cruiser motorcycle will be launched in India in January 2023 and will be the most expensive Royal Enfield to date.

The Super Meteor 650 is the third model to be based on RE’s tried and tested 650cc platform, but it has an all-new chassis and includes a number of firsts for the Chennai-based marque. This is the first Royal Enfield to sport a Showa USD fork, a full-LED headlight as well as have the Tripper Navigation pod as standard fitment. The 648cc oil-and-air-cooled mill makes the same 47hp and 52Nm as the existing 650cc REs, but torque arrives 500rpm later in the rev range. Another area of difference is that the engine casings and head are finished in black.

This much-loved engine has been nestled in an all-new frame, which allows for a more relaxed rake angle. The seat height stands at an accessible 740mm, although the 135mm of ground clearance is worrisome. With its 15.7-litre fuel tank fully brimmed it tips the scales at 241kg, making it the heaviest modern-day Royal Enfield bike.

The Super Meteor 650 will be offered in two variants – Standard and Tourer. The Standard has a stripped-down, sleek look with a small pillion seat, while the Tourer has a large windscreen, larger pillion perch and packs in a back rest as well. The Super Meteor 650 will be offered in three colour groupings – Astral, Interstellar and Celestial – with the latter being reserved only for the Tourer variant. As is the case with all bikes in Royal Enfield’s line-up, a vast array of accessories are available, allowing the end user to tailor the bike to his/her needs.

Pre-bookings are open for the attendees at Rider Mania while bookings for the public at large will commence after the bike is officially launched in January 2023. We expect it to be priced below the sub-Rs 4 lakh mark (ex-showroom, Delhi).

Which variant of the Super Meteor 650 appeals more to you? Let us know in the comments section below.