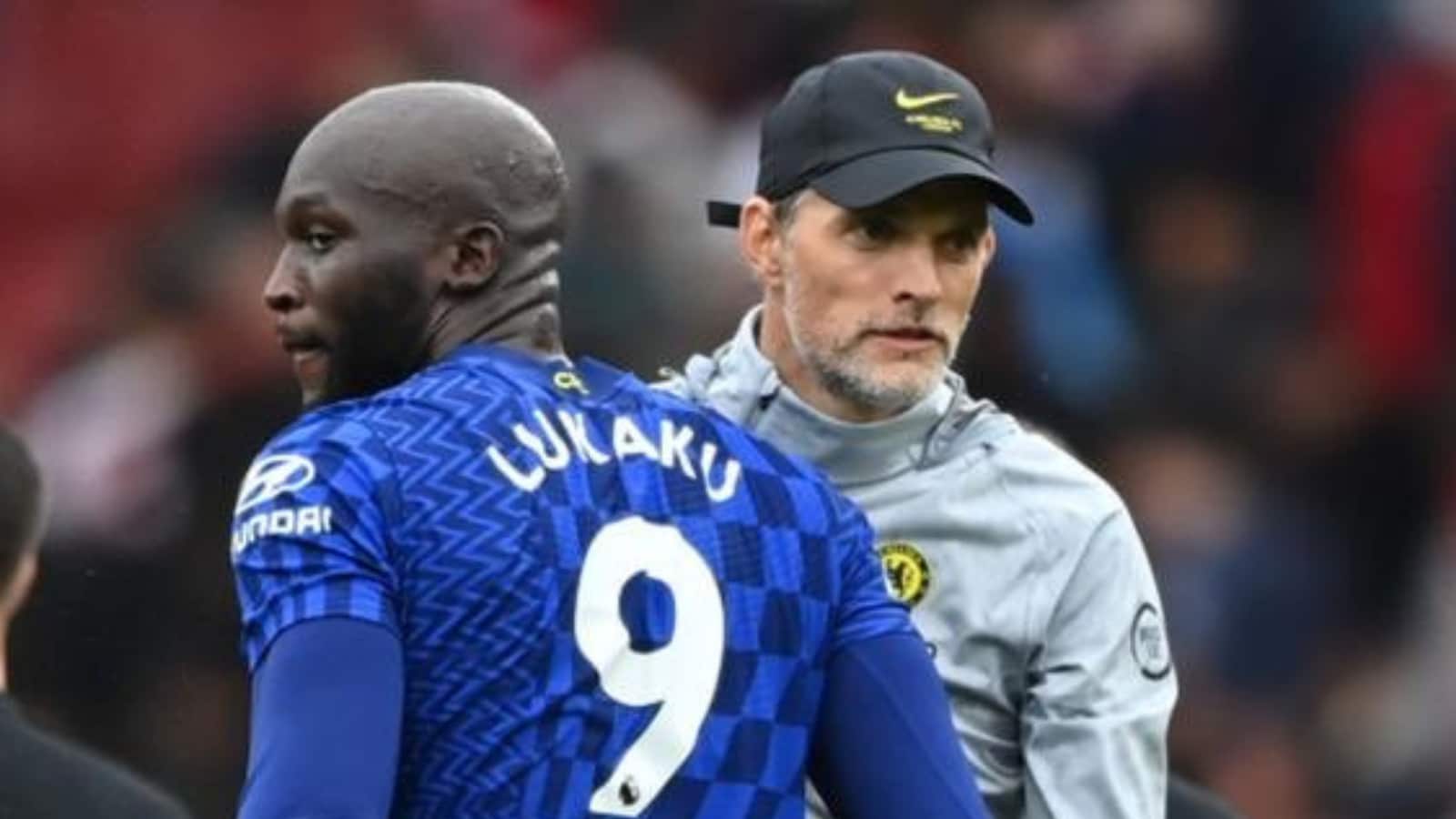 
Romelu Lukaku arrived at Chelsea heralding his move as a dream come true, but less than a year later the Belgian striker is set to rejoin Inter Milan as one of the most expensive flops in the Premier League history.

Lukaku was hailed as the final piece of Thomas Tuchel’s Chelsea jigsaw when he was signed from Inter Milan for a club-record £97.5 million ($119 million) last August.

But everything that could go wrong did go wrong for the 29-year-old in his disastrous second spell with the Blues.

Lukaku’s stock has fallen so far that Tuchel has cut ties with the former Manchester United and Everton player after only one season.

Inter are expected to confirm his return to the San Siro shortly, having negotiated a reported eight-million-euro ($8.4 million) loan fee for Lukaku.

Lukaku is believed to have taken a pay cut such is his desire to leave Stamford Bridge at all costs.

He ended the season as Chelsea’s top scorer with 15 goals in 44 appearances, but that statistic does not tell the full story of his wretched time in west London.

Lukaku struck only eight times in the Premier League and Chelsea’s new co-owner Todd Boehly was quick to rubber-stamp his impending exit.

He joins Fernando Torres, Andriy Shevchenko, Alvaro Morata and Chris Sutton as the latest high-profile forward who failed to justify a hefty price tag at Chelsea.

After firing Inter to the Serie A title in 2021, Lukaku’s combination of power and predatory finishing should have been the key to a dominant period for Chelsea, who won the Champions League just months before his signing.

Lukaku billed the move, on a lucrative five-year contract, as an emotional homecoming after previously playing for the club he supported as a boy from 2011 to 2014.

“I’m happy and blessed to be back at this wonderful club. To try to help them win more titles is an amazing feeling,” Lukaku said at the time.

Lukaku’s early enthusiasm fuelled four goals in his first four appearances, bullying the Arsenal defence in a display of the power that could overwhelm any opponent if he was in the mood.

However, Lukaku’s attitude quickly turned sour as a run of six matches without a goal raised concerns about his ability to adapt to Tuchel’s system.

Hampered by an ankle injury and a bout of the coronavirus, Lukaku lost his place to Kai Havertz.

Lukaku was unhappy with the way Tuchel was using him, a feeling his former Inter boss Antonio Conte gave voice to when he said the German didn’t “understand” how best to utilise the striker.

While Tuchel must take a share of the blame, Lukaku destroyed his hopes of turning the tide with an incendiary interview in December.

“Physically I am fine. But I’m not happy with the situation at Chelsea. Tuchel has chosen to play with another system,” Lukaku told an Italian television channel.

“I really, genuinely from the bottom of my heart hope to come back to Inter.”

Tuchel was understandably furious and dropped Lukaku for Liverpool’s visit to the Bridge just days after the interview was aired.

Lukaku was forced to apologise to Chelsea and the club’s fans.

When he eventually got back in the side, his body language was dreadful as he moped through matches and argued with team-mate Hakim Ziyech during a game against Brighton.

Lukaku’s wretched season reached breaking point at Crystal Palace in February when he broke the record for the lowest number of touches (seven) by an outfield player in a Premier League match.

“It’s not about the system. For him, it changes nothing. The data is out there and the data speaks a certain language,” Tuchel said in a damning indictment.

After four months without a Premier League goal, Lukaku scored three in two games towards the end of the season, earning a place in the FA Cup final team against Liverpool.

Yet Lukaku’s limp display as Chelsea lost on penalties at Wembley was a fitting epitaph to his turbulent year.