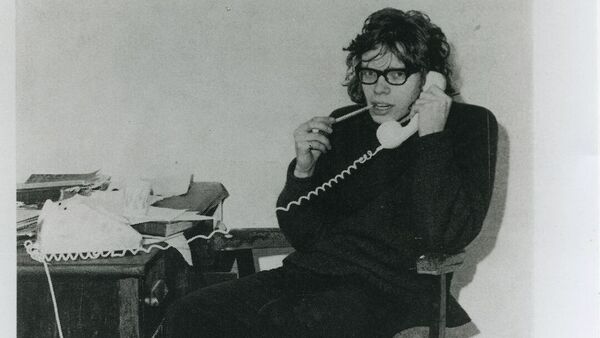 Virgin Group founder Richard Branson on Thursday shared a throwback picture from his one of his first media appearances dated back in 1970s.

In a post on LinkedIn, Branson wrote, “Throwback to one of my first media appearances, talking about Student Magazine in 1970.”

The picture is from May-June edition 1970 of the Alliance news. The newspaper writes in bold, “The Editor meets A Phenomenon”.

“Leaving school at 17 and founding a magazine which in two years has a circulation of over 100,000 is only part of the story of Richard Branson,” the newspaper writes.

Student magazine was launched in 1967 when Richard launched was 15 years old. The first issue of appeared in January 1968, and a year later, Branson’s net worth was estimated at £50,000. Branson used the magazine to advertise popular albums, driving his record sales. On the back of the magazine, he printed, ‘The brave may not live forever, but the cautious do not live at all.’

Branson had always expressed his desire to become an entrepreneur at a young age. In 1970, he set up a mail-order record business where he opened a chain of record stores, Virgin Records on Oxford Street—later known as Virgin Megastores—in 1972.

During 1984, Branson’s Virgin takes to the air for the first time with the launch of Virgin Atlantic. Branson has over 400 companies in Virgin group.

Earlier in July 2021, Branson soared more than 50 miles above the New Mexico desert aboard his Virgin Galactic rocket plane that his company has been developing for 17 years.

Recently, in an interview with Robb Robert magazine, Branson had said that is severely dyslexic.

Explaining his his earliest memories of education, Branson said, “looking at a blackboard and just seeing mumbo jumbo and relegating myself to the back of the class, so I could at least try to look over somebody else’s shoulder to see if I could get some marks, but having no understanding of what was going on and longing for breaktime so I could go out and play.”

“I would jumble things up. People just assumed that we [dyslexics] were stupid. I was definitely bottom of the class,” he told the magazine However, Branson also considers dyslexia as his “superpower” that has given him an edge in business and in life.

Even as an employer, Branson says he actively seeks out other dyslexics. He even opened a charity named Made By Dyslexia to encourage other businesses to understand the benefits of neurodiversity.

According to a 2019 survey, around 40 percent of top-earning CEOs are dyslexic and LinkedIn recently added “dyslexic thinking” to its recognized list of skills.

According to Variety, “Deadpool 2” helmer David Leitch will direct the project, which comes from Universal International Studios, a division of Universal Studio group.

The six-part series is based on the book “Dirty Tricks: British Airways’ Secret War Against Virgin Atlantic” by award-winning investigative journalist Martyn Gregory. It follows Branson through the unbelievable rise of his company, Virgin Airways, and the campaign by British Airways to bring it down.