More
HomeBusinessRevealed: The little-talked about nepotism in south cinemas
Business

Revealed: The little-talked about nepotism in south cinemas 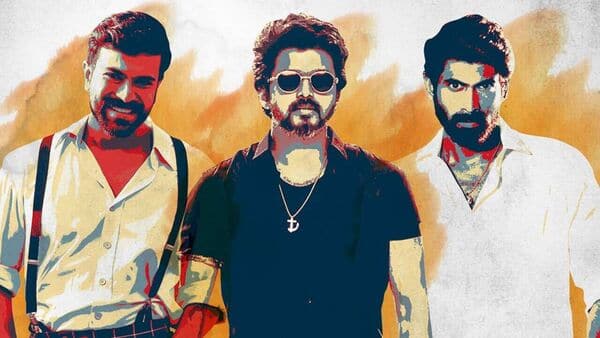 
Between late February and end of July, a film either headlined by a star kid or featuring one in a prominent role released almost every alternate week. Think Pawan Kalyan’s Bheemla Nayak or Prabhas’s Radhe Shyam; Varun Tej’s Ghani or Rana Daggubati’s Virata Parvam, Naga Chaitanya’s Thank You or the period drama RRR starring Ram Charan and Jr NTR—each was powered by a male lead with film pedigree.

Damning Bollywood for “nepotism” is now a national pastime, but film dynasties are as much a feature of Telugu, Tamil, Kannada and Malayalam cinemas, though in different degrees. And even that “bastion of nepotism”—Karan Johar’s talk show Koffee with Karan currently streaming on Disney-Hotstar —is talking about it. In an episode last week, actor Vijay Deverakonda, the arch-outsider to the Telugu film industry, spoke about facing multiple rejections while trying to break into a largely family-run industry, but shrugged it off, saying the “world’s not fair”.

Of the top 25 Telugu language hits between 2015 and 2019, as many as 22 featured actors with a family background in cinema—Allu Arjun, Mahesh Babu, Ram Charan and Jr. NTR, among others. Prabhas, who broke into the Hindi-speaking belt with the Baahubali franchise, was born to film producer Uppalapati Surya Narayana Raju.

A family name does go the distance in other south Indian film industries too. In Tamil cinema, actor Vijay was born to film director S A Chandrasekhar; he started his career as a child artiste in the 1980s with films made by his father. He made his debut as a leading man in 1992 in Naalaiya Theerpu, followed by Sendhoorapandi (1993)— both were directed by his father and both failed to set the cash registers ringing. His first break-out film was Chandrasekhar’s Rasigan that released the next year. Vijay’s contemporary, Suriya, was born to actor Sivakumar, and is married to actor Jyothika. His brother, Karthi, is an actor too.

Actor Dhanush was born to Tamil film director and producer Kasthuri Raja; he debuted with Thulluvadho Ilamai, a film directed by his father in 2002.

In Malayalam cinema, Pranav Mohanlal made his debut with Aadhi (2018), produced by his home banner; superstar father, Mohanlal, made a cameo appearance. The debut film of Fahadh Faasil, whose unconventional roles and choice of films has made him the critics’ darling, was directed by his father Fazil. Some others chose different routes —Prithviraj Sukumaran, born to actors Sukumaran and Mallika Sukumaran, and Dulquer Salmaan, son of actor Mammootty, started out without their fathers’ backing. In the Kannada film industry, popular actor Puneeth Rajkumar, who died last year, was the son of matinee idol Dr Rajkumar. His brothers and nephew are also actors.

All in the family

The Telugu film industry is the most striking example of clan control in southern cinema. Family trees here not only run across generations, but also criss-cross with others, forming a closely-knit ecosystem of privilege.

Dr Allu Ramalingaiah, a popular comic actor who appeared in Telugu films between the 1950s and 1990s, paved the way for his son Allu Aravind, who is now a powerful producer-distributor.

Aravind launched his son Allu Arjun— currently the envy of Hindi cinema for his blockbuster Pushpa: The Rise-Part One— in a film called Gangotri in 2003 and went on to back several of his successful films including Bunny, Sarrainodu and Ala Vaikunthapurramulo. Aravind’s other son, Allu Sirish, is also an actor.

The biggest actor in Telugu cinema was an outsider. Chiranjeevi was born in a village in Andhra Pradesh to a constable father before he broke into stardom in the 1980s. His marriage to Ramalingaiah’s daughter Surekha brought him on board a massive family enterprise. Chiranjeevi’s son Ram Charan is a leading star, with RRR being his latest blockbuster. In 2016, Charan established his own production house, the Konidela Production Company, which has backed films featuring his father, such as Sye Raa Narasimha Reddy (2019). Chiranjeevi’s brothers, Pawan Kalyan and Nagendra Babu, are also actors, as are the latter’s children, Varun Tej and Niharika Konidela. Tej most recently starred in a film backed by Allu Aravind called Ghani, which didn’t work at the box office.

Then there is the Akkineni-Daggubati family, more than 10 of whose members are in cinema. The bloodline begins with actor-producer Nageswara Rao, who founded the legendary Annapurna Studios in 1975. His son, Akkineni Nagarjuna, was not just a star of Telugu cinema but also a brooding presence in the Hindi cinema of the 1990s. Nagarjuna’s marriage to Lakshmi Daggubati, daughter of producer D Rama Naidu, tied him into a sprawling film household. Nagarjuna’s children, Naga Chaitanya (born to Lakshmi Daggubati), and Akhil Akkineni (born to his second wife Amala), are both actors.

“Nepotism has been a feature in Telugu cinema for a very long time,” said senior journalist Ram Karan. He traces it to a feudal culture in Andhra Pradesh, with politically powerful land-owning castes such as the Kapus (which Chiranjeevi belongs to), Kammas and Reddys controlling much of the film trade, including production, distribution and theatrical exhibition. “95% of theatres in the Telugu market are owned by producers like Allu Aravind, Rama Naidu, Chiranjeevi, Ramoji Rao and Dil Raju,” Karan said. This is mostly a male-led business. The proof: female actors in Telugu cinema are mostly Bollywood imports, Karan said.

That parents will pass on their legacy to children is almost taken for granted in the south, said a film trade analyst declining to be named. It also helps that south Indian stars maintain low public profiles, are known for charity and appear grounded, he said. This dismisses a lot of discussion around their privilege.

Uma Vangal, filmmaker and professor at the L.V. Prasad Film and TV Academy, said while film producers in the south do promote their own children, they also open doors to new talent, be it actors, writers or directors. “Opportunities are not given exclusively to star kids. Everything follows good business sense,” Vangal said. For instance, Allu Aravind casts actors other than his son and relatives, case in point being films like Taxiwaala, Geetha Govindham, besides Hindi film Jersey.

Both Aravind and producer D Suresh Babu—the son of Rama Naidu, and the father of actor Rana Daggubati—have cornered a large part of Telugu cinema business since the 1980s. The southern movie industry consists of multiple production houses, making for a fairly unorganized ecosystem. According to trade experts, Telugu cinema clocked box-office collections of ₹1,200 crore in 2021. Between January and April 2022, Telugu films contributed 27% to overall box-office revenues compared to 12% in 2019, according to a report by media consulting firm Ormax and media investment firm GroupM.

Vangal also pointed out that star kids do not keep getting work if their first few films do badly. While Telugu star Mahesh Babu has seen his own latest release Sarkaru Vaari Paata crash in cinemas, his brother Ramesh Babu’s career never really took off.

“It’s not like public money is used for making movies. And no amount of family push can control audience flow into theatres,” said actor Mohan V Raman, known for his work in Tamil cinema. His own daughter Vidyullekha had to make it on her own in the Telugu industry, where he had no contacts. “Being born to an actor is not enough,” Raman pointed out.