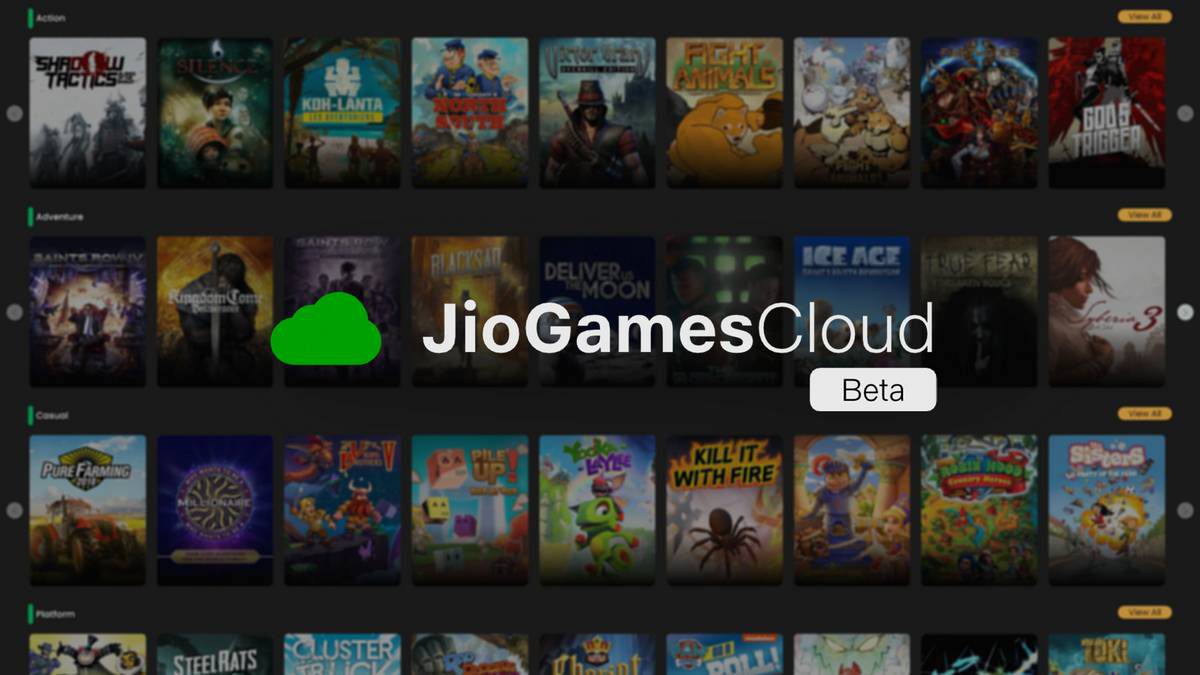 
Over the past few years, Indian telecommunications company Reliance Jio has tried showcase its efforts to enter the online gaming space through various ventures. The company first revealed its attempts to bring high-resolution online gaming around three years ago.

And if you have been living under a rock, you might have not noticed the quiet rollout of the company’s cloud gaming platforms few weeks ago. This rollout comes about a year after Reliance reaffirmed its attempt at bringing AAA video games to Jio customers on multiple platforms including TVs, smartphones, and desktop.

Dubbed the “JioGamesCloud,” the new platform is currently running as a beta program that interested participants can join for free.

Your smartphone is now a gaming beast! 🔥
Play HD-quality game titles like SaintsRow4, Ben10, Grip: Combat Racing, and lots more in the JioGamesCloud section of the JioGames app.

P.S. Click on the second icon in the bottom panel of the app to enter the world of #CloudGaming. pic.twitter.com/CynnyJuMdj

Also Read: Xbox Gaming’s Arjun Varma Talks About Growing the Brand’s Presence in India as a Platform for Games and More at IGDC 2022

While JioGamesCloud has joined the cloud gaming party in India first, it currently doesn’t have the extended list of features to back it up. In the beta program, players can try the service for free on Android smartphones through its app, or a Web App for users on Windows, MacOS and iOS. Additionally, it is also available on the Jio Set-Top box. However, in order to login, players will require a phone number.

Since the service is in beta, the platform doesn’t really feature a stacked list of AAA titles that fans would flock towards. Some of the most prominent names from the list of around 50 titles on JioGamesCloud include:

While the current lineup isn’t particularly impressive, early screenshots on Reddit suggest that NVIDIA GeForce Now featured its massive game library might make its way to India through Jio Games.

Through the Early Access program, players can easily try all of these titles for free on JioGamesCloud. With the rollout of Jio True 5G and JioAirFiber, the company is looking to create an early lead against its competitors in the race for dominance in the Indian internet space, which has over a billion customers.

During the 45th Annual General Meeting of Reliance Industries Limited, CEO Kiran Thomas said, “the ultra-low latency of Jio True 5G will enable real-time applications like Cloud gaming, even on the go.”

IGN India has reached out to Reliance Jio and NVIDIA for a comment, and we will soon update the article with their response.

Read Next: Mumbai Gullies Planned “To Have Multiple Sequels”; GameEon Studios CEO Nikhil Malankar Talks About the Future, and More at IGDC 2022