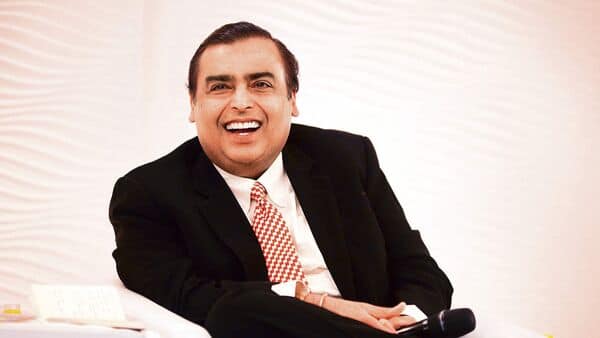 
This year, investors in the Indian billionaire’s Reliance Industries Ltd. will be looking for insight around the conglomerate’s 5G rollout, how Ambani plans to unlock the value of his telecommunications and retail units through separate listings, and when and how his children will take over the reins.

Anticipation is high as the 65-year-old tycoon, who built Reliance into India’s largest company by market value and a powerhouse conglomerate, has used the speech in the past for a series of big announcements. These include the launch of his disruptive telecom service in 2016, Saudi Arabian Oil Co.’s proposed investment in Reliance’s energy business in 2019 and a strategic shift to green energy last year.

This year’s shareholder meeting, set for Monday, comes as the refining-to-retail group faces the twin challenges of a global recession and the blistering rise of Gautam Adani, who eclipsed Ambani as India — and Asia’s — richest man earlier this year and is emerging as an alternative power center on the corporate landscape.

Reliance investors will have in mind how Adani’s conglomerate split its business into different listings years ago, unlocking value, and will expect “clarity and specific time lines for the next big things” from Ambani’s more-centralized holdings, Kranthi Bathini, equity strategist at WealthMills Securities Pvt in Mumbai. Adani’s wealth has surged $59.8 billion this year, riding a stocks rally and overshadowing the $2.8 billion increase in Ambani’s.

Here’s where investors are expecting news:

The patriarch signaled that succession planning atop Reliance will be expedited at last year’s shareholder meeting and reiterated it explicitly in December. His three children — daughter Isha and sons Akash and Anant — already hold various directorships in the group’s unlisted firms and are becoming more visible in their leadership.

Ambani stepped down as the chairman of Reliance Jio Infocomm Ltd. in June, making way for his elder son, Akash, who took over the helm at what is India’s largest wireless operator. With rumors swirling around Ambani’s health, investors will look for more concrete steps to be taken on the leadership transition, with Isha, Anant and possibly Ambani’s wife, Nita, taking on more responsibility.

Reliance Jio Infocomm bought airwaves worth more than $11 billion at India’s spectrum auction as it sought to cement its edge over smaller rivals, Bharti Airtel Ltd. and Vodafone Idea Ltd., in the rollout of speedier 5G networks. That will be key to boosting revenue and luring high-value users.

India Sells $19 Billion of Airwaves With Reliance as Top Buyer

Investors will be looking for proof of the pudding here. The technology is yet to return profits for Asian wireless operators despite many investing billions of dollars, even those in China which have been offering 5G service since 2019. Details like a nationwide rollout date, tariff plans for 5G services as well as where demand lies for the service will be crucial for Reliance Jio to reveal.

The Ambani children may demonstrate some of the key features of the 5G services at the meeting, just as they’ve showcased new telecommunications products in the past.

Market watchers have been waiting for greater clarity around the initial public offerings of Reliance Jio and Reliance Retail Ltd., especially after the two consumer-focused businesses raked in $27 billion from marquee global investors in 2020.

Ambani Sold a Tech Dream for $27 Billion. Now He Has to Deliver

Both companies are market leaders in their respective sectors with a formidable lead over rivals. Their listings — or even spinoffs — could propel Ambani’s net worth. “The timelines are crucial to get the mojo back for Reliance stock,” Bathini said. Reliance has gained about 11% this year, compared to the more than 40% rise by top performers on India’s S&P BSE Sensex.

The $76 billion pivot toward green energy is the biggest transformation that Ambani is helming currently. It’s also a difficult transition given Reliance’s roots in petrochemicals and crude oil refining and the continued out-sized contribution of the fossil fuel-led businesses to the conglomerate’s yearly revenue.

Investors will look for updates around last year’s announced plans to build four giga-factories to make solar modules, hydrogen electrolyzers, fuel cells and storage batteries. Ambani has also been on a tear acquiring small green energy firms globally for expertise and technology. There are also plans to become among the world’s top blue hydrogen makers.

Ambani emphasized his vision for the “internationalization of Reliance” in his speech last year.

In the past year, Reliance has made overtures toward big overseas deals like a potential acquisition of the British drugstore chain Boots, which was never completed. Investors will want to see if the appetite for global acquisitions still exists amid a slowing worldwide economy.

Then there’s always the possibility of a curve ball at the meeting, said Bathini. “Never underestimate the power of senior Ambani” to surprise the market, he said.