More
HomeTechRealme 8 Getting Its Android 12-Based Realme UI 3.0 Update in India
Tech

Realme 8 Getting Its Android 12-Based Realme UI 3.0 Update in India 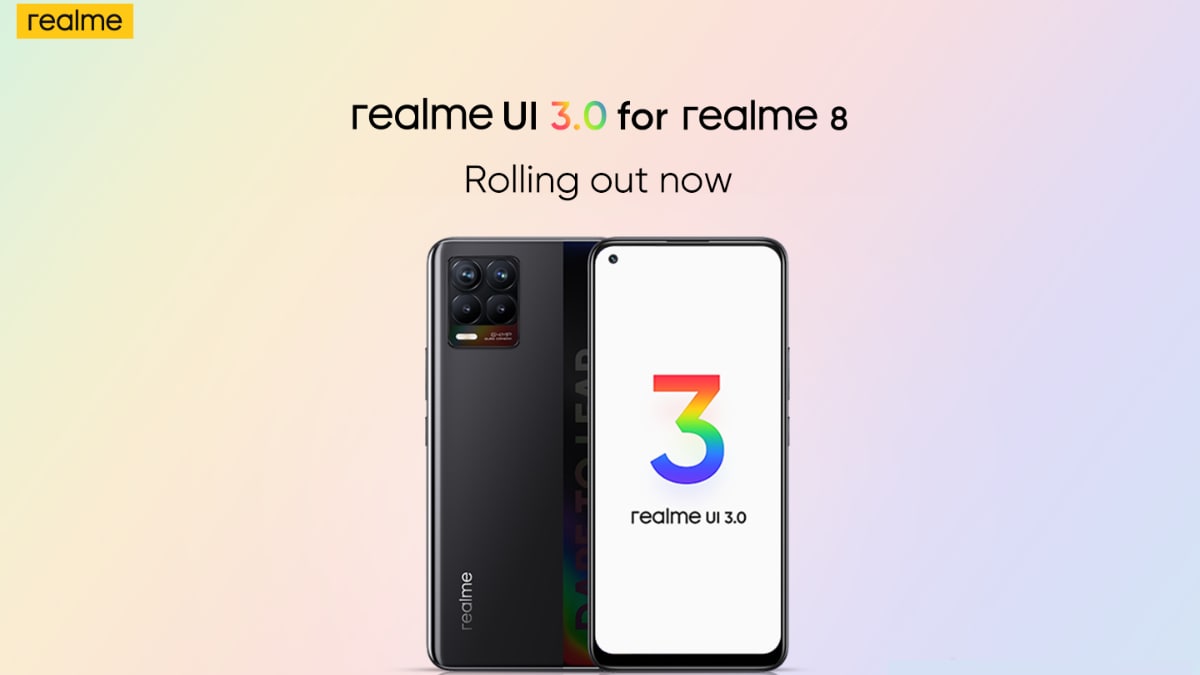 
Realme 8 is getting a stable version of the Android 12-based Realme UI 3.0 update in India. The update comes with UI version RMX3085_11.C.06 and brings a bunch of new features such as options for customisation, sketchpad always-on display (AOD), fluid space design, quick launch feature among others. The latest update also includes new privacy and security features and it optimises system performance and stability. The update is being rolled out in a phased manner. At the same time, Realme 8i is getting early access to Realme UI 3.0 in India. The company will be rolling out the beta software of the new operating system to a select number of users.

An official post on the Realme forum details the changelog that comes with the Android 12-based Realme UI 3.0 update for the Realme 8 smartphone. To receive the update, Realme 8 users are told to update their smartphones to the required version RMX3085_11.A.24 or RMX3085_11.A.26. The latest update bears version number RMX3085_11.C.06 and it is being rolled out in a phased manner. In the initial stage, a select number of users will receive the stable update. If the new firmware doesn’t have any bugs, a broader rollout will start soon. The company has not mentioned the size of the new update yet. Also, the manual download link will be updated on the website soon.

The Realme 8 may take a longer time to boot for the first time after installing the update, says Realme. Also, the system is expected to use more storage which may lead to hanging and faster battery consumption. However, users are advised to leave their Realme 8 smartphones for five hours after the phone is fully charged.

Similarly, Realme 8i is receiving early access to Realme UI 3.0 based on Android 12, the company announced in a press note on Wednesday. The beta software of its Realme’s latest operating system is rolling out to a select number of users. According to Realme, Realme UI 3.0 will improve the functionality, fluency, customisability, security, and privacy of smartphones.

Realme UI 3.0 update comes with a new home screen layout with redesigned icons. The company’s Quantum Animation Engine 3.0 is claimed to optimise over 300 animations. The update brings Background stream mode that allows users to continue playing the audio of a video even when the phone is locked. Realme UI 3.0 refreshes the always-on display (AOD) experience. It allows users to quickly switch between their Realme Book and Realme Smartphone.

Further, Realme renamed the FlexDrop feature as Flexible Windows with the new update. It let users drag a file from My Files or a photo from the Photos app to a floating window.

With Quick Launch, the system identifies and preloads apps used frequently by the user. Also, the update carries a chart displaying the battery usage. Realme UI 3.0 also raises the responsiveness of turning on or off Wi-Fi, Bluetooth, and Airplane mode. TalkBack support for more apps including calendar and photos, customisation options on camera, and a new zoom slider to zoom in or out while shooting videos are other new additions.