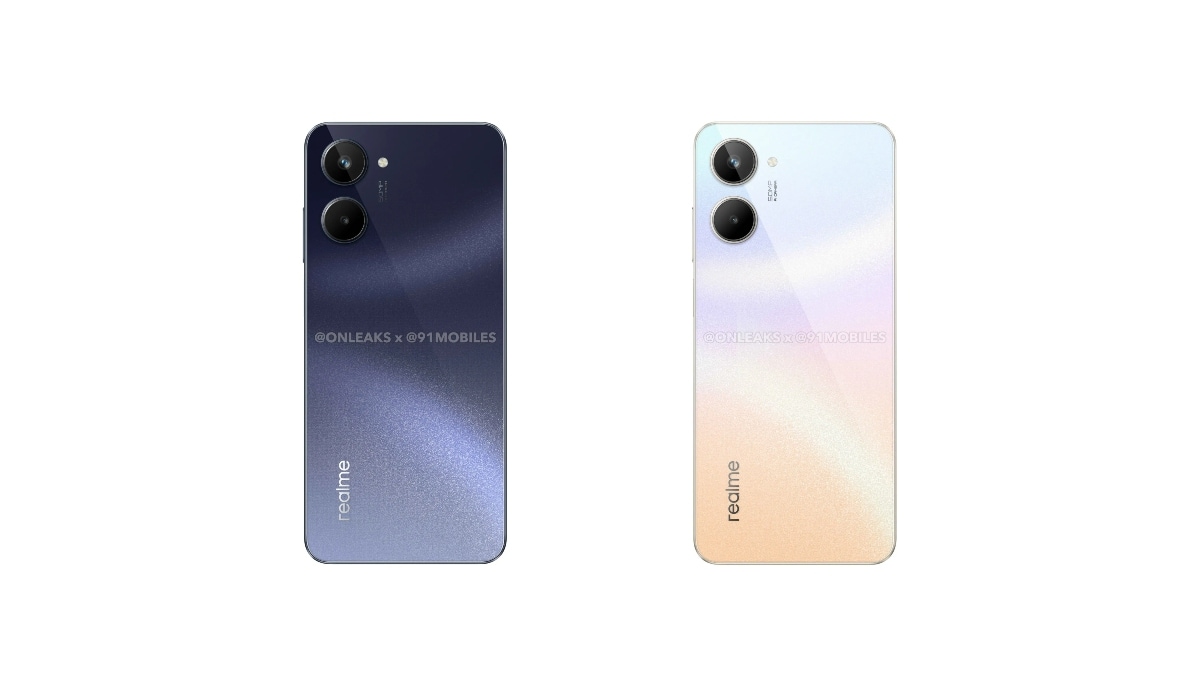 
Realme 10 series is expected to launch in China on November 5. So far, the lineup is expected to include the regular Realme 10, Realme 10 5G, and Realme 10 Pro+ 5G. These smartphones have been reportedly making the rounds at various certification sites — most recently the TENAA database. These listings also include the alleged designs of the Realme 10 5G and Realme 10 Pro+ 5G. Now, a new report has surfaced that includes the design renders and supposed specifications of the Realme 10.

According to a 91Mobiles report, in collaboration with tipster Steve H McFly (@OnLeaks), the Realme 10 will come with a dual rear camera setup. There appears to be 50-megapixel AI text engraved on the rear panel suggesting the phone will get a 50-megapixel primary sensor. The Realme handset is seen in Grey and Pink colours with a glossy finish.

The tipster has also hinted that the Realme 10 may get a 6.4-inch AMOLED display with a 90Hz refresh rate. The smartphone could be powered by a MediaTek Helio G99 SoC, paired with 8GB of RAM and 128GB of onboard storage. As mentioned earlier the smartphone may have a 50-megapixel dual rear camera setup.

The Realme 10 is believed to pack a 5,000mAh battery with support for 33W fast charging. It may offer 4G, dual-band Wi-Fi, and Bluetooth v5.0 wireless connectivity options, as per the report. It is showcased to feature flat edges with a polycarbonate body. The handset could sport the volume rocker and power button on its right edge.