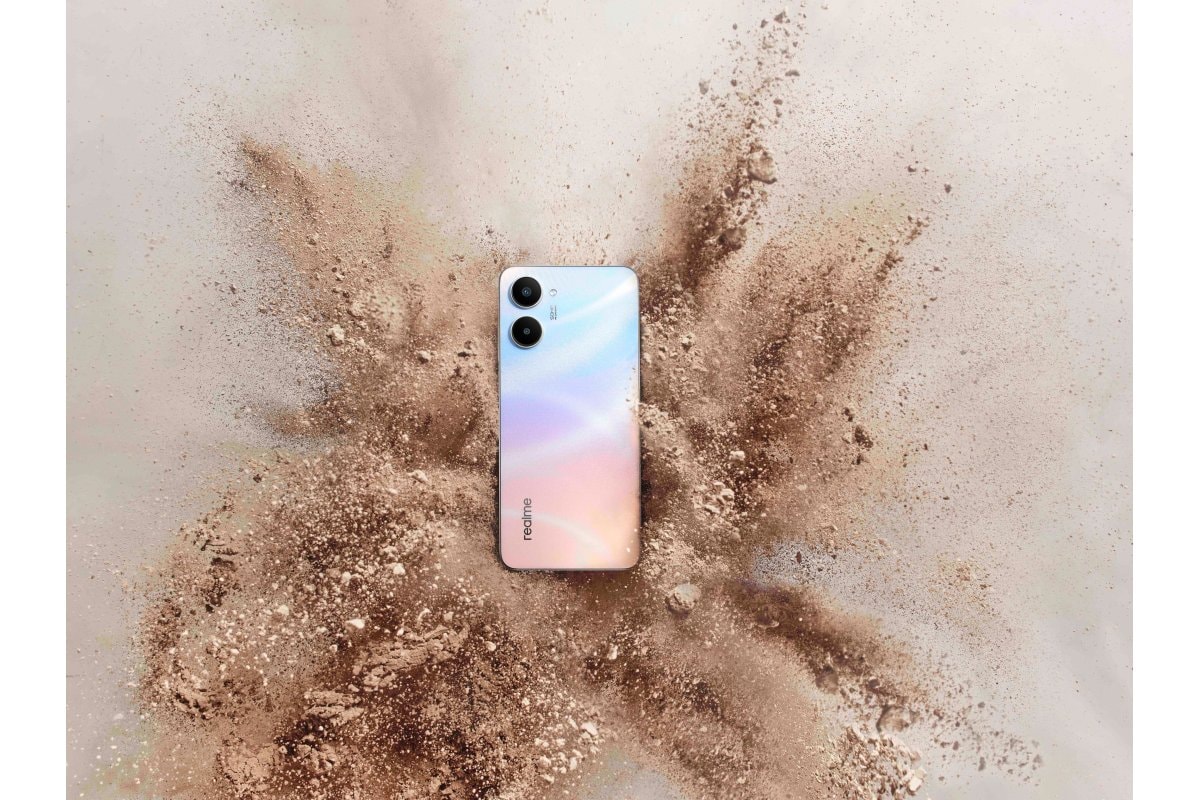 Realme 10 4G design has been officially revealed by the company ahead of its upcoming launch next week. The company’s latest 4G smartphone is set to launch in Indonesia on November 9 during a scheduled live event. Ahead of the handset’s debut, the Chinese manufacturer has also confirmed the specifications and configuration options of this smartphone. It gets a Super AMOLED display with a 90Hz refresh rate and a hole-punch cutout on the top left corner. The smartphone will be powered by a MediaTek Helio G99 SoC. Realme has additionally confirmed that the Realme 10 series will arrive in the global markets in November. These smartphones could soon also debut in India.

The company took to Twitter to reveal the rear design of the upcoming Realme 10 in a Clash White colour option. There is currently no word on other colour options for the handset. The dual rear camera setup of the smartphone will be headlined by a 50-megapixel camera sensor, that is shown in the image shared by the company.

The Realme 10 4G is scheduled to make its debut on November 9. As mentioned earlier, the company has already confirmed the specifications and the configuration options of the upcoming smartphone.

The upcoming Realme 10 4G runs on Android 12-based Realme UI 3.0 out-of-the-box. It features a full-HD+ (1,080×2,400 pixels) Super AMOLED display with a 90Hz refresh rate and a 360Hz touch sampling rate. Under the hood, it is powered by an octa-core MediaTek Dimensity G99 SoC. It features up to 8GB of onboard RAM and up to 8GB of Dynamic RAM.

For optics, this Realme smartphone gets a dual rear camera setup with a 50-megapixel main camera. It also sports a 16-megapixel selfie camera on the front. The Realme 10 4G is equipped with UtraBoom speakers that can support Hi-Res audio quality. It also packs a 5,000mAh battery, which is claimed to provide up to 21 hours of uninterrupted video streaming experience. Furthermore, this smartphone comes with support for 33W SuperVOOC fast charging.

New Features Coming to WhatsApp: All You Need to Know