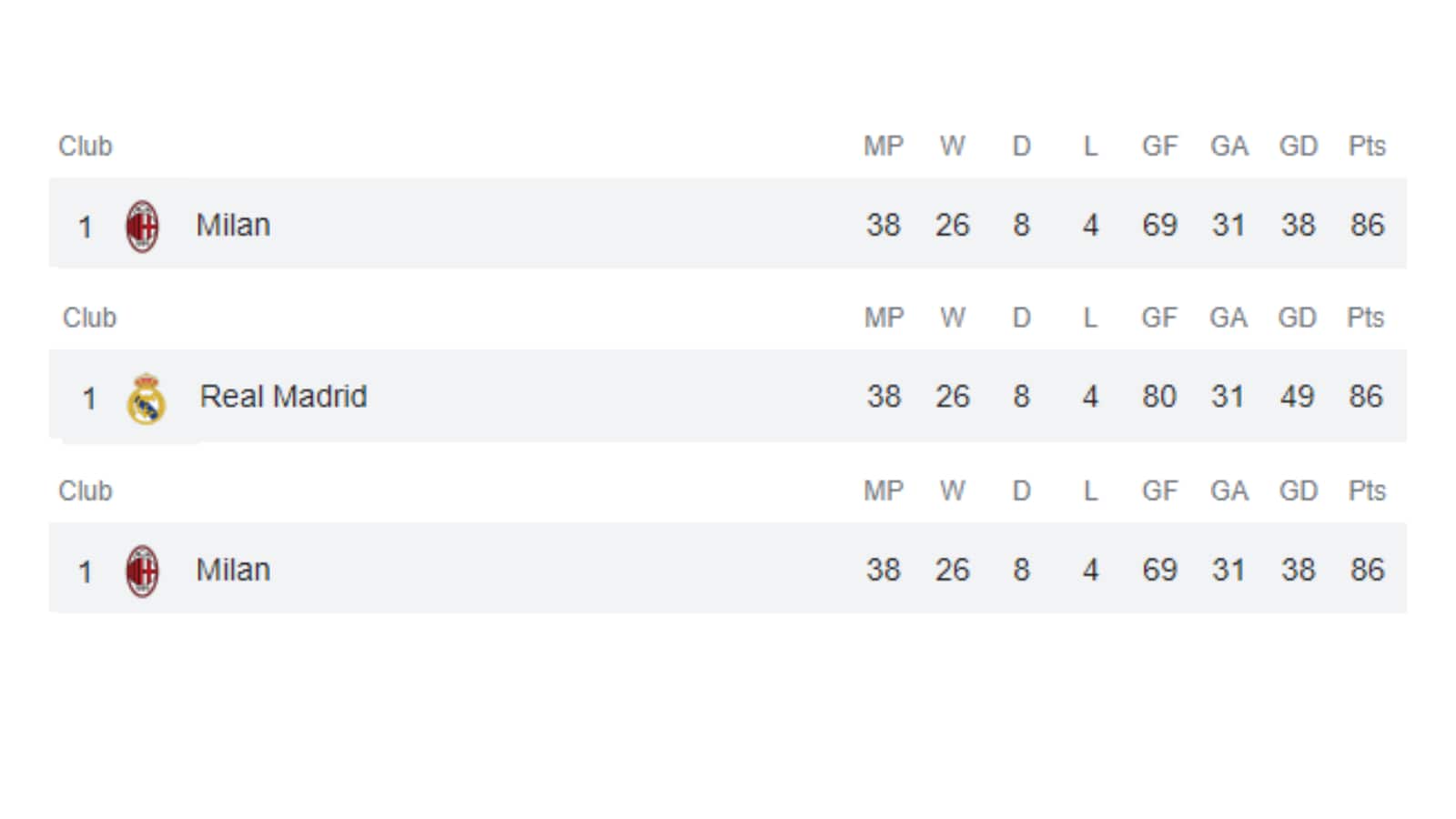 
Real Madrid, AC Milan and Paris Saint-Germain (PSG) – the three European giants secured their respective league titles in the recently concluded season. But apart from winning the championship, there is another incredible record attached to it.

All the three clubs finished the season with exact same number of points along with equal wins, losses and draws as well.

Real Madrid and Paris Saint-Germain had managed to win their respective league titles this season with games to spare, but for AC Milan the scenario was a little different. Stefano Pioli’s men had to wait till the very last match of the Serie A season to lift the title. In their last match of the Serie A, AC Milan managed to defeat Sassuolo 0-3 to break their 11-year title drought.

French side Paris Saint-Germain, on the other hand, lifted the Ligue 1 title for the 10th time and with this win, they managed to win eight Ligue 1 titles in the last ten seasons.

Mauricio Pochettino’s men finished their Ligue 1 campaign with 86 points from 38 matches. Paris Saint Germain’s Argentine coach was under massive pressure after failing to win the domestic league the last season. Lionel Messi’s signing gave them a big boost ahead of the season. And Pochettino managed to successfully utilise his attacking lineup comprising of Kylian Mbappe, Messi and Neymar to win the prestigious domestic title.

But the Real Madrid’s season is not over yet as they are set to take on Liverpool in the Champions League final on May 29.