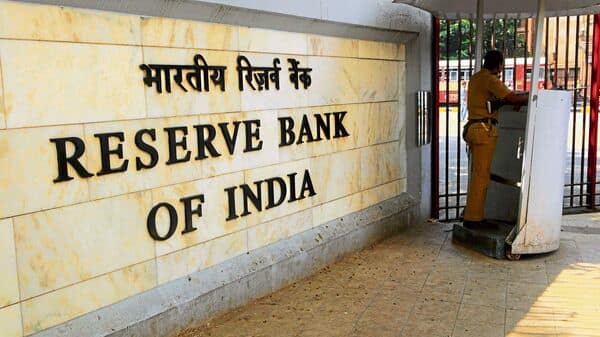 The Reserve Bank of India on Friday raised policy rates by 50 basis points (bps) in the third such increase this fiscal year, as the central bank tries to bring inflation closer to its target of 4%. With this, RBI has raised borrowing costs by a cumulative 140 basis points in the latest rate hike cycle, taking it to the level before the outbreak of the covid-19 pandemic.

The central bank’s monetary policy committee (MPC) raised the repo rate to 5.4% from 4.9% earlier while leaving its policy stance unchanged. The standing deposit facility rate and the marginal standing facility rate were accordingly adjusted higher by the same quantum to 5.15% and 5.65%, respectively. The rate hike decision was unanimous, although MPC member Jayant Verma dissented on the policy stance.

While the decision was in line with the expectations of economists polled by Mint, it was still on the higher side of their estimates. Speaking to reporters after the policy announcement, RBI governor Shaktikanta Das said a rate hike of 50 bps has become the new normal, with several major central banks raising policy rates by 50-100 bps.

Economists are now expecting less-aggressive hikes in the policy meetings ahead, taking the repo rate to 5.9-6% by December end.

Pranjul Bhandari, chief India economist, HSBC said RBI unveiled its April-June 2023 inflation forecast at 5%, and has earlier spoken about real neutral rates at around 1%. “Combining the two, we think the repo rate can be raised to 6%. We expect rate hikes in the two remaining meetings of the year, taking the repo rate to 6% in December this year,” Bhandari said.

The benchmark 10-year bond yield climbed 13 bps after RBI’s decision to 7.29%. The rupee strengthened to 79.25 against the dollar.

As expected, the MPC retained the FY23 GDP projection at 7.2% and the inflation forecast at 6.7%. Governor Das noted that economic growth is resilient. Capacity utilization in the manufacturing sector at 75.3% in January-March 2022 is above its long-run average of 73.7%, signalling the need for fresh investment activity in additional capacity creation.

That said, the domestic economy faces headwinds from various global factors, including global financial market volatility; tightening global financial conditions; and global recession risks. With the June retail inflation at near 7%, RBI believes inflation has peaked and may moderate in the fourth quarter.

However, RBI reiterated its resolve to bring it down to 4% over the medium term as it believes that inflation continues to stay at uncomfortably high levels. “In such a milieu, with growth momentum expected to be resilient despite headwinds from external sector, monetary policy should persevere further in its stance of withdrawal of accommodation to ensure that inflation moves closer to the target of 4% over the medium term while supporting growth,” Das said.