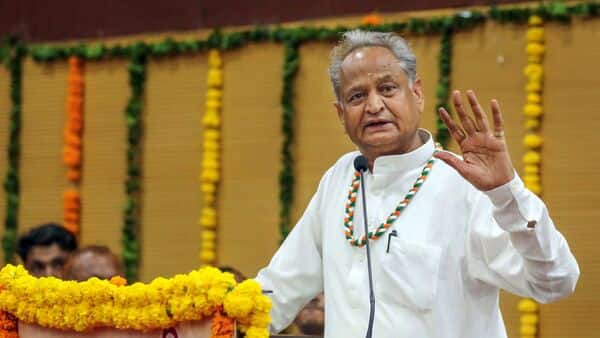 Speaking at the Rajiv Gandhi Rural Olympics at Nainwan, Bundi, Rajasthan Chief Minister Ashok Gehlot announced that there will be two percent reservations in government jobs for sportspersons in the state.

The Chief Minister, addressing the closing ceremony of block-level competitions of Rajiv Gandhi Rural Olympics at Nainwan, Bundi, said the state government had taken continuous decisions in the interest of sports and sportspersons.

“The state government has taken continuous decisions in the interest of sports and players, two percent reservation for players in government jobs, out-of-turn jobs for 229 talented players, as well as provision of pension for coaches and players,” he said.

The Congress leader also informed the increase in prize money for athletes who win medals at major international events.

“The government has increased the prize money for players who won international medals to ₹3 crore. Many participants of all age groups have participated in the Rural Olympic Games. Participation in sports will help the participants to maintain good health. Together with the ability to make decisions with foresight, the spirit of mutual brotherhood is developed,” Gehlot said.

While announcing the reservation, Gehlot had also announced that the number of beds in Bundi’s Dei hospital to be increased from 30 to 50. He had also allotted some 16 acres of land for the agricultural commodities market in Nainwan.

With the inputs from the ANI