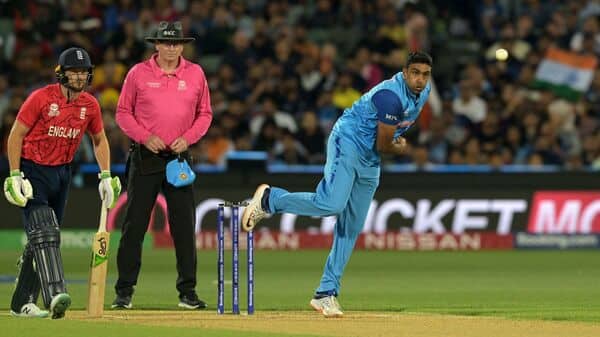 A day after the Board of Control for Cricket in India (BCCI) sacked the senior selection committee following the exit of Indian cricket team in the 2022 T20I World Cup in Australia, India cricketer Ravichandran Ashwin said that reaching the semifinals ‘can be considered as an achievement’.

Though the carrom-ball specialist noted that the fans were disappointed after Rohit Sharma and Co. endured a ten-wicket hammering against England in the semifinals, but he said that ‘we all have to move on’.

Sharing his views on the team’s campaign at the T20 showdown, Ashwin said on his YouTube channel, “Everyone would have felt bad seeing Team India not win the tournament or reach the final. I agree, it would have been shattering. I don’t think any excuse will make you forget it. Definitely, it is a disappointing moment. But we all have to move on.”

Apart from this, Ashwin also said that players too are disappointed with the outcome, something which is incomparable, but ‘we can’t call it a disappointing campaign’, reported Hindustan Times.

“We can’t call it a disappointing campaign. We lost in the semi-finals. Reaching the semi-finals and finals can be considered an achievement. But from an Indian fan’s point of view, and the expectations they have of this team, I totally understand the disappointment from the fans,” Ashwin said, adding, “But we players are at least 200-300 times more disappointed than what you all went through.”

On 18 November, BCCI sacked the senior selection committee and invited applications for the position of national selectors and have opened 5 positions, setting November 28 as the deadline for applications.