PVR ties up with French company for high-end cinema properties 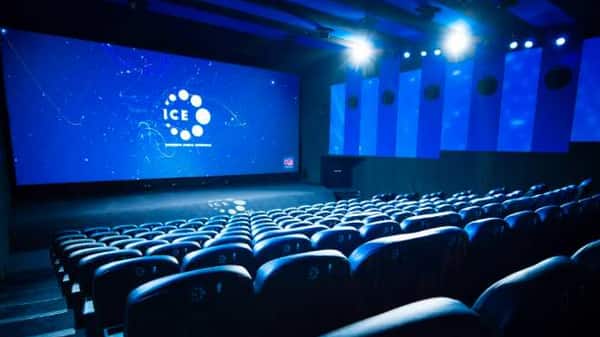 High-end theatre screen format Ice Theaters, owned by French exhibitor CGR Cinemas, has tied up with multiplex chain PVR Cinemas, for a roll-out in India, the two companies said. The deal entails a long-term relationship, starting with three auditoriums scheduled to open within the next 12 months in Mumbai, Delhi and Bengaluru.

“We are proud to be sealing this partnership with PVR Cinemas. This is also the opportunity for ICE THEATERS to take up Bollywood movies post-production. After five years of working alongside all major Hollywood studios to release their titles in our auditoriums, we are thrilled to be expanding our format to the Indian movie-making industry and develop our offer to reach new audiences,” Jocelyn Bouyssy, managing director at ICE THEATERS said in a statement.

This April, PVR had tied up with French cinema architectural design company Ōma Cinema to design new, premium theatres for Indian audiences which will come with unique tiered balconies or ‘pods,’ similar to those in opera houses to provide safe, intimate cinema viewing experiences.

Starting with the country’s major metros, these will soon trickle down to smaller towns with ticket prices initially remaining high for these auditoriums to fall into the luxury cinema category, it had said.