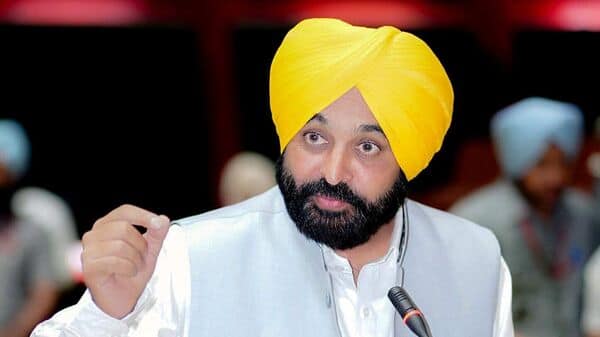 Punjab Chief Minister Bhagwant Mann on Tuesday sacked the state’s Health Minister Vijay Singla following complaints of corruption against him. He was demanding a 1% commission from officials for contracts. Concrete evidence found against Singla, according to news agency ANI report.

Punjab chief minister Bhagwant Mann said he took the decision after learning that the minister was allegedly demanding one percent commission for tenders.

Police have been directed to register a case against him. “I am taking strict action against the minister. I am removing him from the cabinet,” the chief minister said in a video message. Mann further claimed that Singla had admitted to wrongdoings, as per news agency PTI report.

Meanwhile, in an unrelated development, the Delhi High Court on Tuesday sought the response of Delhi Police on a plea by Punjab Police seeking to quash FIR for allegedly abducting BJP leader Tajinder Pal Singh Bagga from his residence here.

The high court issued notice to Delhi Police, Delhi government, and Bagga on the petition filed by Manpreet Singh, SP Rural, SAS Nagar in Punjab. Justice Anu Malhotra said the respondents shall file their replies within four weeks and listed the matter for further hearing on July 26.

On May 6, the Punjab Police had arrested Bagga from his Janakpuri residence here but the Delhi Police had brought him back from Haryana, alleging that its Punjab counterpart had not informed it about the arrest.

Following his arrest by the Punjab Police in a case relating to allegedly making provocative statements, promoting enmity, and making criminal intimidation, the Delhi Police registered an FIR of abduction against Punjab Police personnel on May 6 late at night.