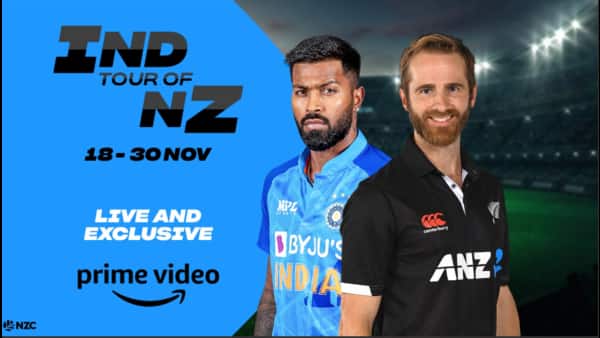 The series, it said, explores India’s rivalry with the Kiwis, going back to 1967, through archival match footage, sound bytes and graphics. The documentary moves through varied themes chronicling India’s tour to New Zealand over the years.

Ravi Shastri, Ajit Agarkar, Danny Morrison, Simon Doull, Harsha Bhogle and Ian Smith will be narrators of the series. Bhogle who witnessed this rivalry from close quarters has been the voice narrating the highs and lows from some of these matches from the commentary box, also talks about his experience.

Chaitanya Divan, head of sports, for the streaming service in India said, “We are committed to super-serving our customers in India, providing on-demand access to the best in entertainment across formats, genres and language. We are excited to bring them the best in live sports and provide a new viewing experience of the much anticipated bi-lateral tour this November, between the two titans of the cricketing world – India and New Zealand.”

He added: “Indians have a huge appetite for cricket and we are excited to present the new exclusive mini-series Taking Guard before India’s highly-anticipated tour to New Zealand in a few weeks. Featuring insights and analysis from cricketing legends, Taking Guard casts the spotlight on the rivalry between the two countries, which barely sees any baring of the teeth, snarling or heated moments on the field but is full of intense competition and peppered with mutual respect. We are excited and look forward to this contest between two terrific and evenly-matched sides and will announce a few more initiatives for cricket fans in the coming weeks as the action moves from Australia to New Zealand.”

As a part of the multi-year partnership, international men’s and women’s cricket matches played in New Zealand across all formats will be available on the steaming platform.