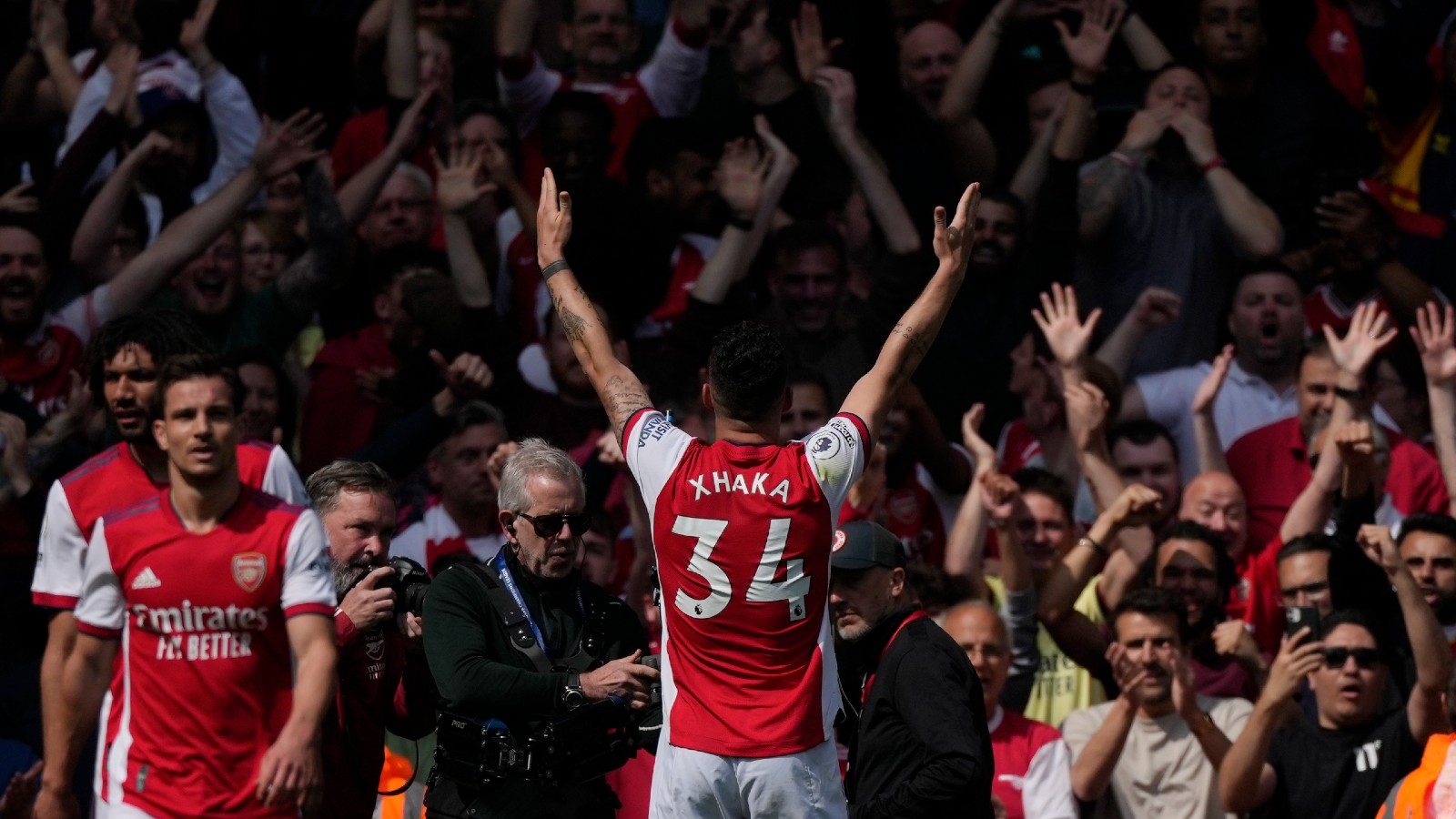 
Erik ten Hag looks likely to be taking over a Manchester United team missing from the Champions League.

Despite Cristiano Ronaldo making an emotional scoring return, United were beaten 3-1 by Arsenal in the Premier League on Saturday and dropped six points off their rival in the race for a top-four finish.

The Portugal superstar, who missed the 4-0 loss to Liverpool on Tuesday while grieving the death of his newborn son, raised his left arm and pointed to the sky after scoring in the 34th minute.

United were awarded a penalty in the 55th but Bruno Fernandes struck the post after his trademark stuttering run-up.

To make matters worse for Fernandes, it was his mistake that gave Xhaka the opportunity to take aim and claim the crucial third goal for Arsenal, who climbed into fourth place above north London rival Tottenham.

As for sixth-place United, they have four games left of a miserable season that will end with no trophies — for the fifth straight year — and see Ten Hag take over from Ralf Rangnick, the second of two interim managers installed by the club since Ole Gunnar Solskjaer was fired in November.

Ten Hag has a major job on his hands to rebuild United into the trophy-winning force of old — Rangnick said on Friday that the team needed open heart surgery as opposed to cosmetic changes — and this was another worrying display, especially defensively after United’s mauling by Liverpool.

Club captain Harry Maguire was left out by Rangnick, because of a combination of the England defender’s poor recent form and the fact he received a bomb threat at his home during the week.

Saka went off injured midway through the second half but he had already done his damage by then. It was his curling shot that was palmed out by David De Gea straight to the feet of Tavares, who turned the ball home from close range in the third minute.

Then Saka scored a penalty for the second straight game — after doing so in the 4-2 win over Chelsea on Wednesday — after he was bundled over by Alex Telles.